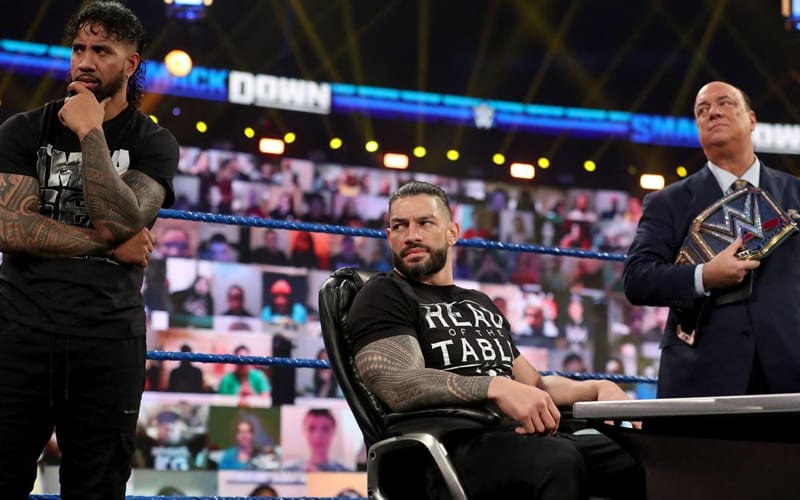 Roman Reigns’ group on SmackDown might get a new member soon enough, and Paul Heyman seems to really like the idea.

Paul Heyman sent out an Instagram story recently that included some fan art. This art depicted a cartoon Apollo Crews kissing Roman Reigns’ ring while Heyman and Jey Uso stand in the corner.

Heyman was a big advocate for Apollo Crews during his time as Executive Director of WWE RAW. Heyman’s release from that position soon saw Crews drop the US Title and get pushed down the card.

Now Crews is on SmackDown, and Paul Heyman inserted himself into a position where he might get to elevate Crews a bit along the way. This post is certainty an indication that this angle has the Special Counsel’s attention.