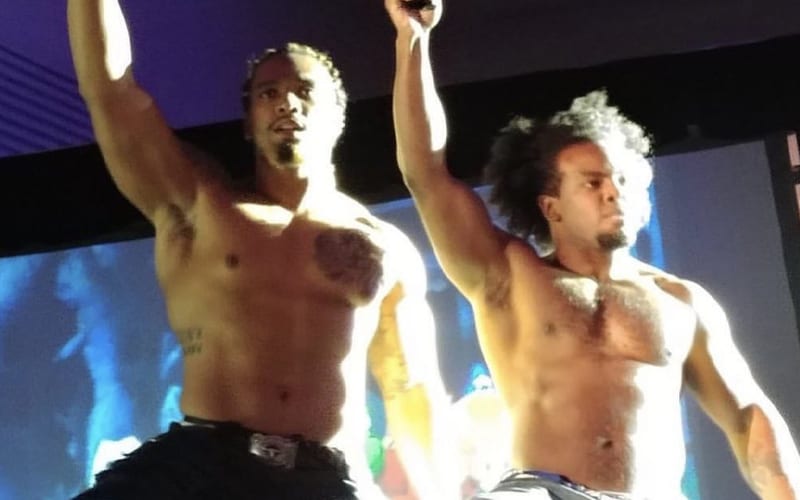 Mace wrestled as Dio Maddin before joining Retribution. He was also a member of the RAW announce team. Before that, he was close with Xavier Woods in NXT. Last night proved that everything changes.

After RAW was over, Dio Maddin tweeted out from his official Twitter account, “I hurt myself today…” Those Nine Inch Nails lyrics were accompanied by a photo of Dio Maddin and Xavier Woods during better days.

Woods replied to this tweet by quote retweeting it along with a simple message: “Used to be my homie….” There was a lot more history behind that match on RAW than some fans thought.

Retribution have been around WWE for a while, but they were toiling in NXT, getting passed by for opportunities time and time again. Now they are on the main roster and able to bring up some of that history; however much WWE will allow them.