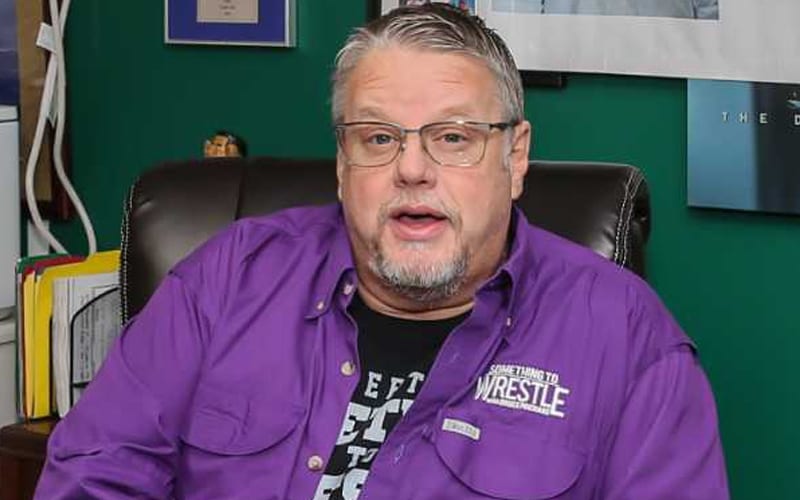 WWE has a strict ban on talent getting involved with third parties. Bruce Prichard does not have that same deal, and he was able to keep his podcast going. Some people don’t like to be reminded of that fact.

Ringside News has been told that the gift Bruce Prichard gave WWE writers didn’t rub anyone the wrong way, but the presentation he decided to use didn’t go over too well.

We were told that Bruce Prichard sent Christmas cards to the entire writing team with an Amazon gift card inside. That was a nice gesture, but he sent those gifts inside Something To Wrestle With envelopes complete with his podcast’s logo.

Using Something To Wrestle With Christmas cards was seen as a bit Inappropate by several members of the writing team. The amount of the gift card was not the issue, but it was the card itself. Since WWE’s third party ban is still a relatively fresh subject some saw this as Prichard promoting his outside venture within the company.

The general idea is that Bruce Prichard should have gone with a WWE logo on his cards, or no logo at all. An Amazon gift card is always nice to have, but the packaging he used didn’t go over well given the current climate.