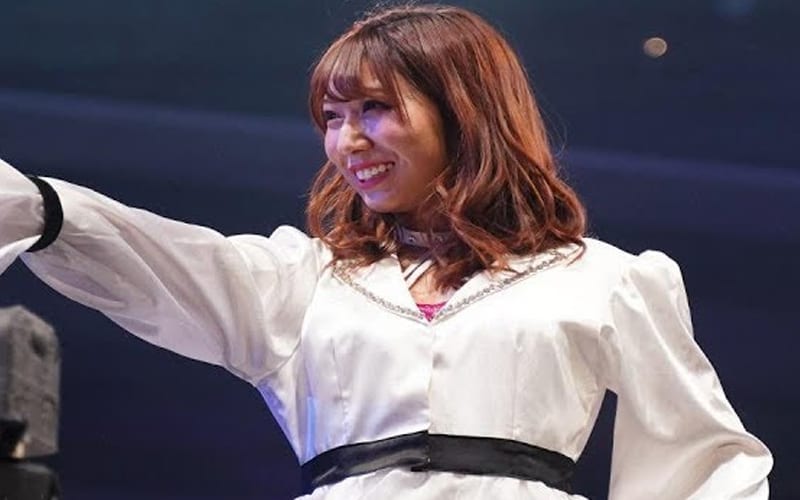 The first-ever AEW Women’s World Champion Riho hasn’t been able to attend any AEW tapings since the pandemic started. She was in Japan when that terrible course of events began, and she hasn’t been back yet.

We previously reported that AEW didn’t want Riho losing while in Japan. Stardom wanted her to sign a deal, but that couldn’t happen while she was under AEW contract.

During Wrestling Observer Radio, Dave Meltzer brought up Riho’s situation. AEW doesn’t want to bring her in just for a week’s worth of tapings, because that would mean two weeks of quarantine time upon her return to Japan. It would create an endless cycle where Riho would either always be coming back to Jacksonville or quarantining in Japan.

He also brought up Pac’s situation and how it is different in some days. AEW obviously had big matches in mind for The Bastard, but not for Riho at this moment.

“They can bring her in. The thing with her is she lives in Japan and then she’d have to quarantine to go back, and that’s a tough deal. If she was living here she’d be on TV every week. They do bring PAC back and forth, which is kind of a hassle. He comes here for a couple of weeks, then he has to quarantine for two weeks and then go home. Two weeks just to get home, it’s not worth staying home for a week if you’ve got to take two weeks to get home, so it’s really tough. It’s just a tough business right now, it’s a tough world.”

“That would be the same with Riho and I think that, like with PAC, I think they’ve got ideas for PAC to be in major matches, so it makes it worth doing, but Riho – it’s not like there’s going to be great major matches for her, so it’s kind of like, why put her through this I guess. They haven’t used CIMA and T-Hawk and Lindaman either for the same reason, or similar reasons, because it’s just not worth bringing them in for something that’s not major and then they have to quarantine and then bring them back. It’s just tough.”

The pandemic screwed up a lot of plans for wrestlers making trips overseas. Riho will likely be back in AEW, but the company obviously isn’t in a huge rush to get her back. She lives in Japan, and the idea of relocating apparently isn’t a big possibility at this stage in the game.