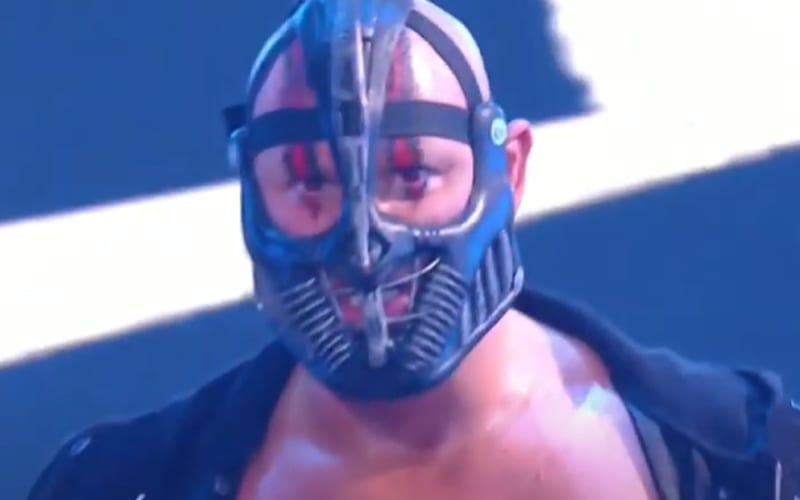 T-Bar is known for his straight-forward tactics on social media. He hasn’t been shy about taking shots at Sammy Guevara and others in the past. This time he dropped a bit of a cryptic tweet about death.

The Retribution member tweeted out a photo of his mask. It wasn’t on his face, and appeared to possibly be on a car seat. He only had a one-word caption, but the word he picked is one of the most serious he could have chosen.

Retribution has settled into RAW, but they have also made appearances on Main Event. We’ll have to see what WWE does with the stable as they carry on. Judging by T-Bar’s recent tweet, things are going to be very serious for the stable on RAW tonight.