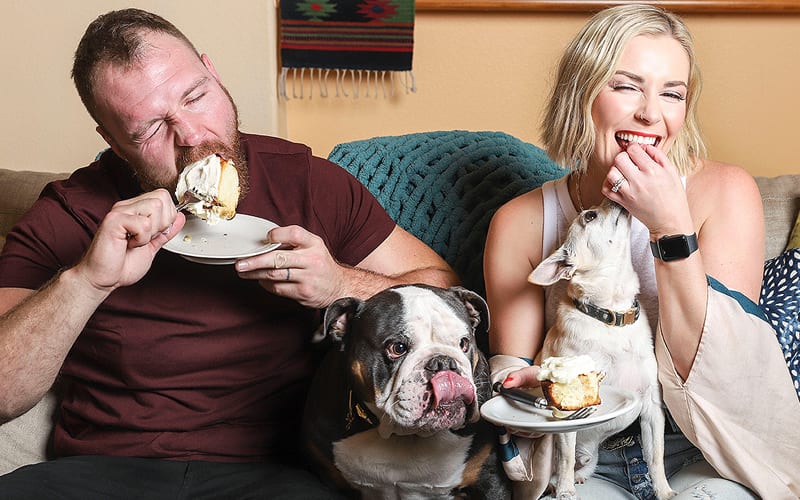 Jon Moxley and Renee Paquette are expecting a bundle of joy in 2021. Moxley let the world know about this happy announcement as he slid it into a promo during AEW Dynamite. Renee Paquette is very happy about this upcoming chapter in their life, and she can’t wait for the former Dean Ambrose to become a father.

While speaking to Chris Van Vliet, Renee Paquette opened up about what kind of dad she expects Moxley to be. The former AEW World Champion might put forward a tough outward experience, but Paquette has high hopes for him.

“I don’t know. I have no idea. Your guys’ guesses are as good as mine. But I think, I mean not to like blow his cover or anything, but he’s like a pretty sweet dude. So I think once this little girl enters his world, she is gonna rock him. I think she’s gonna have him rapped around her little finger. He’s very protective too, so I think that will be the first thing, making sure everything is okay, and making sure every corner is padded.”

When Renee Paquette had her “Regular Girls” podcast, she revealed that the nickname she has for Moxley is “sweet husband.” She calls him this for a reason. Obviously, Paquette expects that sweetness to carry over into fatherhood.

Congratulations once again to Renee Paquette and Jon Moxley from everyone here at Ringside News. They’re likely to be incredibly cool parents.