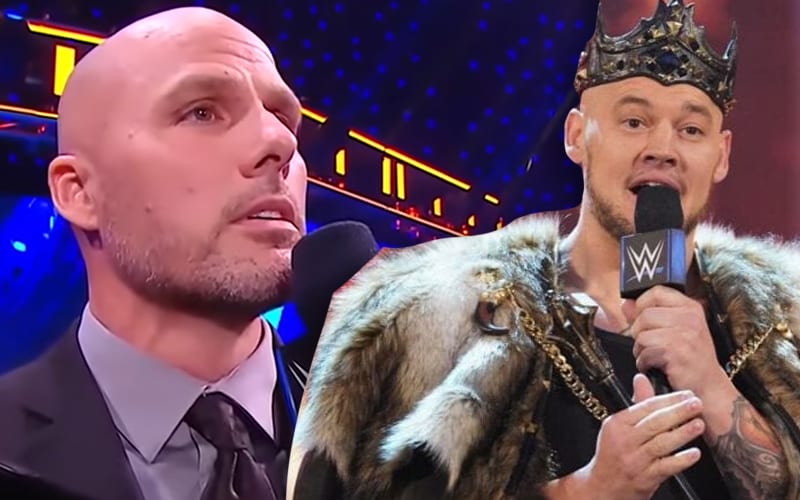 Adam Pearce and Kevin Owens outsmarted Paul Heyman and Roman Reigns on SmackDown. This resulted in a change for the Royal Rumble, a match that Heyman and The Tribal Chief didn’t want to see changed.

Adam Pearce sent out a heartfelt thank you to fans. A lot of fans wanted to see him face Roman Reigns, and that meant a lot to the former five-time NWA World Heavyweight Champion.

King Corbin saw this tweet, and he replied back saying: “This is what we call ‘LOSER’S LIMP.’