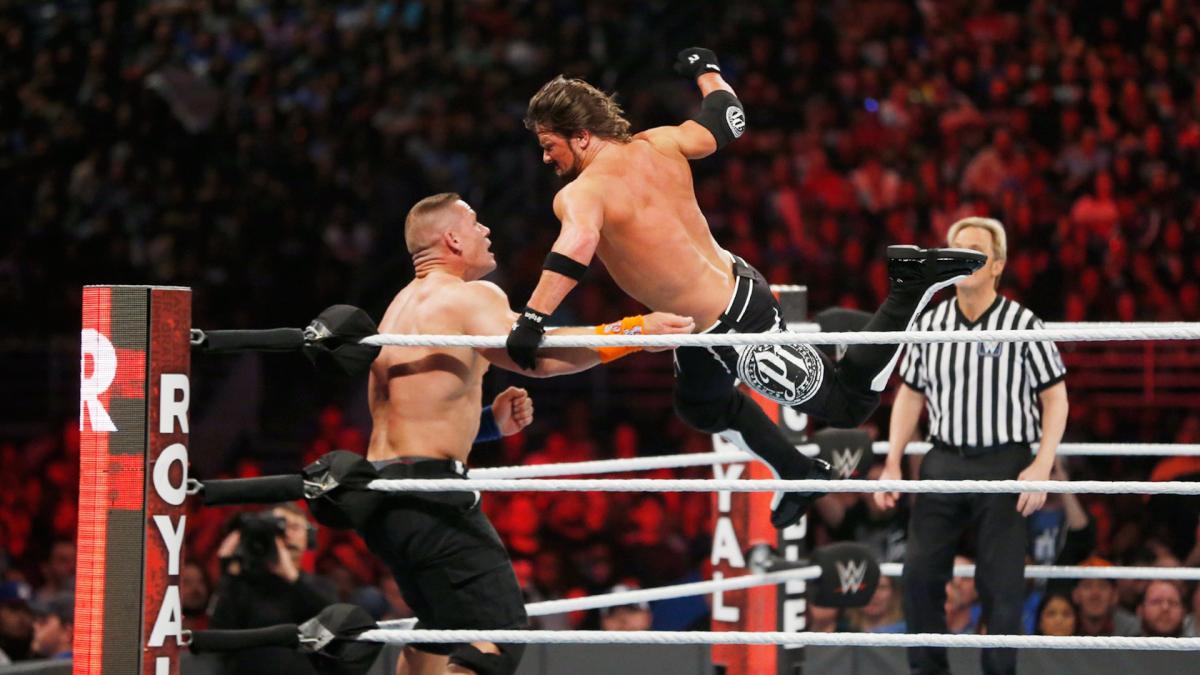 Since his appearance in the 2016 Royal Rumble, AJ Styles has cemented himself as one of the best in-ring workers in all of WWE. He has had great matches with several big names in the company, but perhaps his greatest feud was with John Cena.

AJ Styles recently spoke on WWE The Bump, where he talked about his match against John Cena at the 2017 Royal Rumble pay-per-view. Styles put his WWE Championship on the line in the match.

In the twenty-four minute instant classic, both competitors gave it their all to win the match. In the end, John Cena was victorious and became the WWE Champion.

Styles said that neither of them ever left the ring for the entire duration of the match, a fact that he is proud of. Styles also said that it was the best match he has ever had.

“I think about this match with John Cena, and I would say, out of all the matches I’ve had, this was the best one. A lot of people don’t know this, but we never left the ring in this match. We never went outside of the ring; it was all in the ring, which is not really heard of these days. I’m really proud of that match

Styles is currently a top Superstar on Monday Night RAW and we will have to see what is next in store for the Phenomenal One.