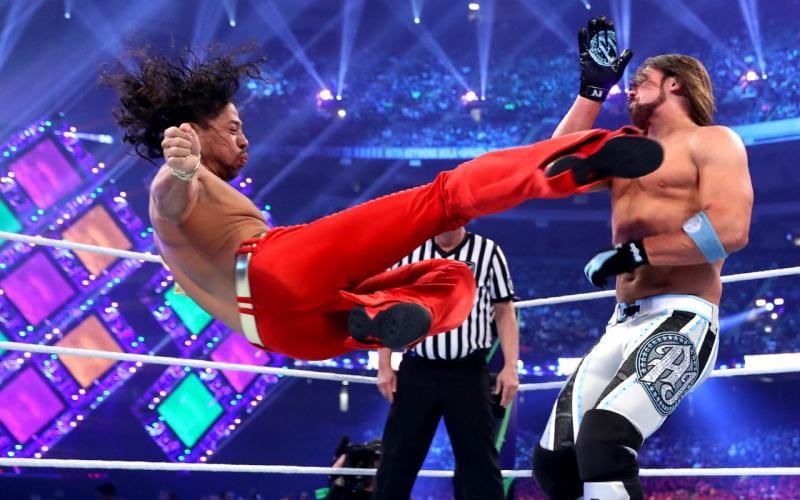 Shinsuke Nakamura had an impressive showing in the #1 contender gauntlet match on SmackDown, but Adam Pearce won under controversial circumstances. AJ Styles would like to see Nakamura get that opportunity because he believes that The King Of Strong Style has what it takes to carry that title.

While speaking on WWE The Bump, AJ Styles revealed that he believes that Shinsuke Nakamura is capable of holding the Universal Title. Styles said Nakamura is “unbelievable” and when he turns it up, that ability could help push him toward the title.

“He is more than capable of doing what needs to be done to be the Universal Champion. I know him, I know him well. The guy can get after it and there is no doubt that this guy is legit.”

Shinsuke Nakamura must capture a Universal Title opportunity first, and those are rare. Roman Reigns is a strong champion, but he doesn’t have many challengers who have been built to step up to the Tribal Chief. Shinsuke Nakamura has faced plenty of tough opponents in the past, and AJ Styles will certainly be cheering him on if he gets a match against Roman Reigns.