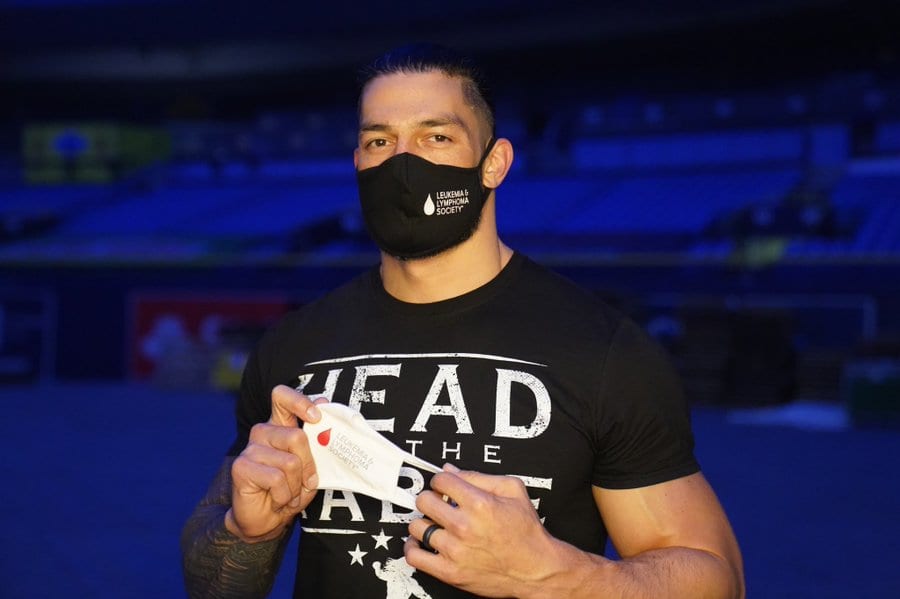 Roman Reigns is the Tribal Chief of Friday Night Smackdown and also the WWE Universal Champion. He is not only a fighter inside the squared circle, but outside of it as well.

Fans are well aware of Roman Reigns’ battle with leukemia, which is a form of blood cancer. Over two years ago Reigns revealed that his leukemia came back, due to which he had to take time off and battle the disease.

Reigns successfully won his fight against the deadly disease and now it seems he wants to help others do the same.

Reigns recently took to Twitter and promoted the sale of a face mask, whose proceeds will be going towards helping those who have blood cancer themselves.

Protect yourself and others while showing your support for blood cancer patients by purchasing a face mask from @LLSusa. A portion of sales will be donated to #LLS to help drive forward their goal to end blood #cancer:

This is certainly a wonderful initiative taken by Roman Reigns and fans undoubtedly approve of it.

Roman Reigns is scheduled to defend his Universal Title against Adam Pearce at the Royal Rumble pay-per-view this month.