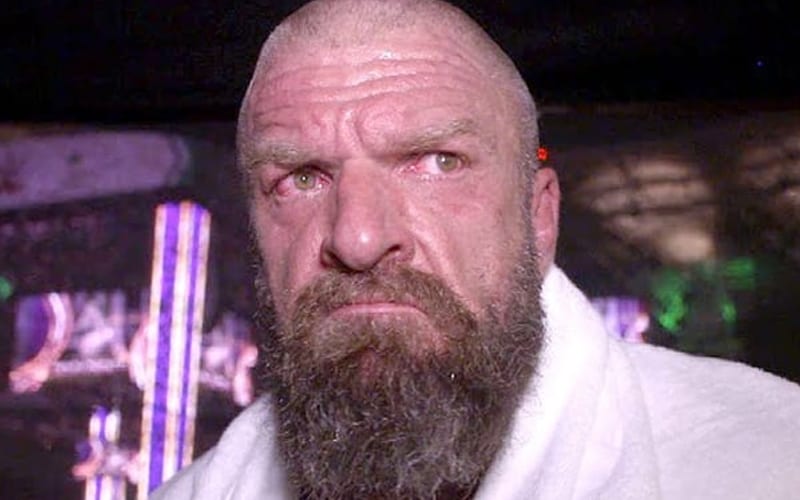 Wrestling fans love chanting during live events. Sadly, the COVID-19 pandemic took away a majority of pro wrestling shows with fans, but there will be a day when fans can chant “Too Sweet Whoop Whoop!” once again. Triple H will also hate hearing it.

During Talk’n Shop, Karl Anderson brought up the Good Brothers’ appearance on AEW Dynamite, and how it should have happened in 2019. That brought up how Triple H hates the “Too Sweet Whoop Whoop” chant. Anderson didn’t say he loved it either, but Triple H really hates it.

“Our contractual obligations are to IMPACT and we made a surprise debut on AEW and, in my mind, it shocked the world. People probably thought it was coming, social media was going nuts. To say that it was fun and long overdue is an understatement.”

“I still wish it would have happened last year [2019], but do to it where we were and to have a live crowd of rabid AEW fans and them chanting ‘Too Sweet,’ which started in WWE for some reason, which Hunter hated. He really hated the ‘Too Sweet, Woop Woop.’ I’m not saying I love the sound of it, but at least they did it.”

It was interesting to Karl Anderson that WWE fans came up with that chant, but it happened. You’re not going to hear that in the ThunderDome where the company controls every single fan reaction. They can orchestrate everything to Vince McMahon’s liking.

Hopefully, fans will come back to live events soon so they can hijack the show with chants that remind people of Good Brothers WWE released during the pandemic.