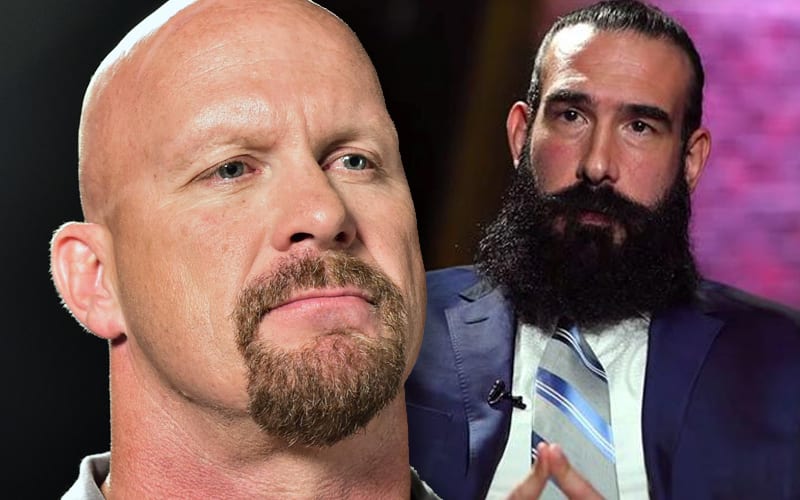 Steve Austin is around WWE from time to time, and during those appearances he got to be friends with Brodie Lee, who he only knew as Luke Harper at the time. Brodie Lee tragically passed away, and Austin was just as shocked as everyone else.

While speaking to The Wrap, Steve Austin spoke about Brodie Lee for a moment. He had conversations with Lee about his character while he was Luke Harper. The Austin lost touch with him after his AEW move. Tragically, they never had a chance to reconnect.

I just absolutely couldn’t believe it because the guy was a tremendous hand in the business, but he was a sweetheart of a guy. When he was in WWE, we would talk every now and then on the phone just about his character and what he was doing. And then we stopped talking and he kept going and he finally ended up in AEW. And I didn’t know his real name from his WWE name. And I was like, ‘Holy cow, this guy is so young.’ And then I didn’t know what had happened. There’s just an absolute tragedy of a guy who everybody in the business absolutely loved and adored. That’s the kind of guy he was. So really, really shocking to me.

The pro wrestling world is still mourning the loss of Brodie Lee. His passing hit a lot of people very hard, but the friendships he made during his life will last forever.

Jim Ross opened up last week’s AEW Dynamite with “It’s Wednesday, you know what that means.” We can only hope that tributes like that for Brodie Lee remain commonplace in pro wrestling for years to come.