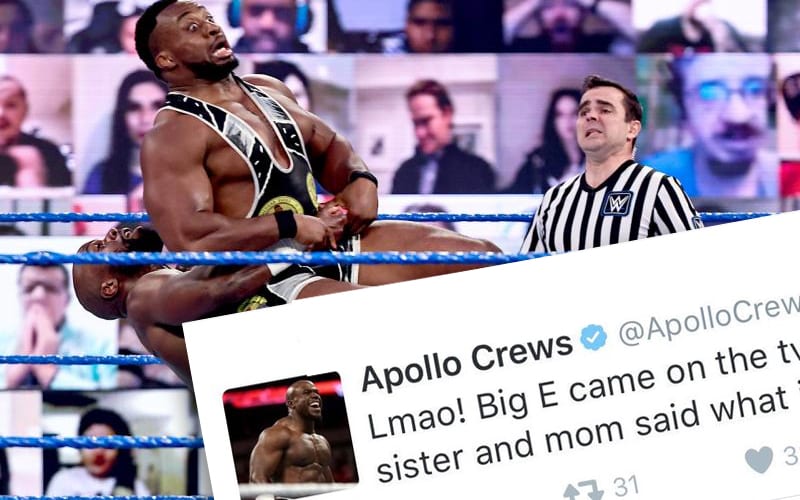 Big E and Apollo Crews are in a feud with the IC Championship involved. This week’s SmackDown saw the two face off, but Crews wasn’t happy about how things ended. He also challenged Big E for another match next week.

In 2013, Apollo Crews sent out two tweet trolling Big E’s stature. Those tweets were deleted, but nothing really goes away forever online.

One tweet said: “LMAO! Big E came on the TV and my lil sister and mom said ‘what is that?!?!'” A second tweet simply said: “Damn Big E Langston is short.”

These tweets took place prior to The New Day. Big E still had a last name back then, and Apollo Crews was still Uhaa Nation on the indies.

Big E saw those tweets and he replied: “I never forget.” It seems that there is quite a bit of history to this feud that they simply neglected to bring up on television.