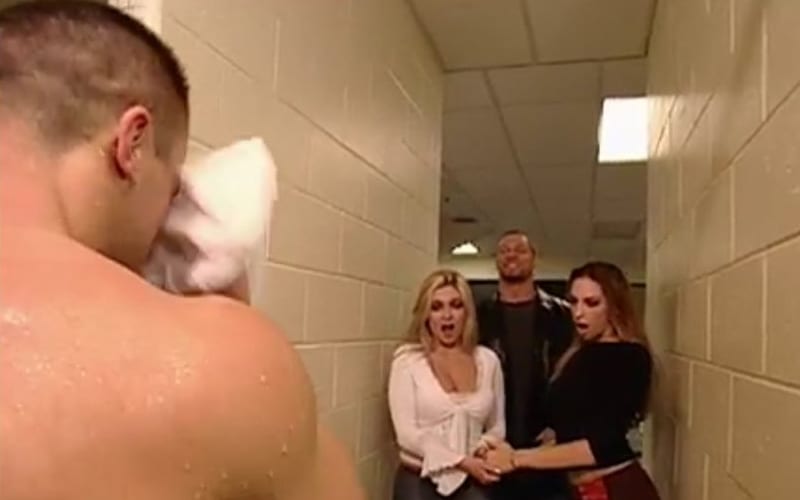 Lance Storm is quite an interesting individual, and there was a time in WWE when his gimmick was based around the size of his massive manhood. That junk-based gimmick is still brought up when people speak about him. He had to tell all today.

Storm revealed that WWE had a skin-colored thong made up for him to wear. They wanted to digitize the bathing suit area, and they did “countless takes” to get it just right.

He also tried to get out of doing that segment, but Vince McMahon could not be swayed.

“True Story: They made a skin coloured thong for me to wear because they wanted the full naked shot, which they would censor (digitize) We did countless takes with me in the thong. In the end they never shot me below the waist. I could have wore jeans. Also the verbiage to the segment: Val was talking me up to the girls saying I was a great guy with a huge heart. After the reveal the one girls says ‘It’s not just his heart that’s huge.’

I tried to get out of this angle and went to Vince.

Me: ‘Hey Vince, I thought we were supposed to be reality based.’

Me: ‘I’ve been wearing spandex on TV for a decade. How are we supposed to convince people I now have a large penis?’”

Lance Storm was released by WWE after he spent some time as a backstage producer. Now he is able to look back at his time with WWE fondly. Some stories are obviously more appropriate than others.

This is another story about something that Vince McMahon wanted to see, so it happened. Lance Storm might have tried to talk his way out of the angle, but there are worse things to be known for in WWE.