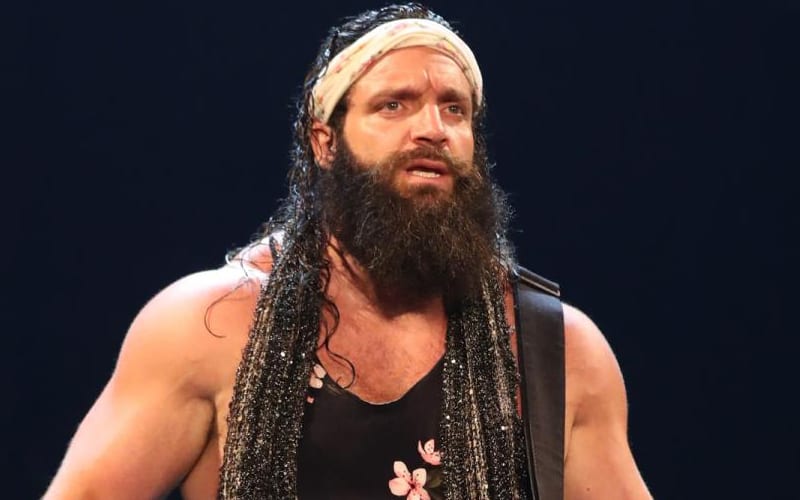 WWE Superstar Elias was out of action for several months due to a pectoral injury. He made his return on this year’s edition of the WWE Draft. The Drifter was then drafted to RAW, where he engaged in a feud with Jeff Hardy.

On a recent episode of Legion of RAW, former WWE writer Vince Russo talked about Elias’ current booking in WWE. Russo is shocked at how he is being booked and then gave a possible reason why The Drifter isn’t being pushed.

Russo said that Elias thinks a lot about his gimmick and likes to pitch several ideas. Russo added that when Elias was in NXT, he used to ask the former WWE writer for advice on his character.

Elias is the kind of guy that pitches ideas. He’s always thinking about his character and week after week pitching ideas, that’s who Elias is. Bro, I’ll be honest with you. Back when he was in NXT, I got a DM from him. I didn’t even know who he was and he had to tell me who he was. Even then, he was picking my brain about his character.

This is a guy who 24/7 is thinking about the Elias character. This is the guy … he’s pitching them ideas, emailing them ideas. Bro, they don’t like that, which is absolute insanity. That’s ego. All that is ego because if a guy is putting that much effort in, rather than embrace him, you’re gonna screw him? Bro, the whole mentality is so whacked. I worked with Raven. I reveled with guys like that. While I’m thinking of what a roster of 80 guys are gonna do, they’re thinking about just them. The odds are they’re going to come up with something for them better than I can because I’m thinking of 80 guys. So of course when they pitch me something I’m listening. Now it’s opposite bro. The fact that he’s [Elias] pitching, he’s getting punished for it. That’s what usually happens bro. Then the guys smarten up to it so they keep their mouths shut and then we’re stuck in that spot for the next five years. It happens to so many people.

Elias is currently paired up with Jaxson Ryker on RAW. We will have to see if WWE will eventually push Elias again.