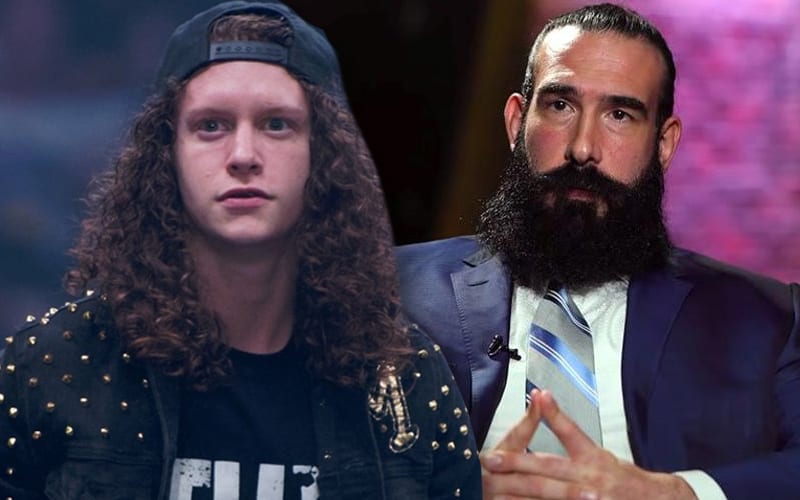 Brodie Lee was a one-of-a-kind character in and out of the ring. Those who knew him personally are flooding the Internet Wrestling Community with stories to illustrate how amazing it was to know him.

Marko Stunt revealed a text message conversation he had with Brodie Lee. He texted the Exalted One after one of his matches when he got knocked out. Brodie Lee didn’t have to, but he reached out and was there for the Jurassic Express member.

Brodie texted me after one of my matches because I had gotten knocked out. He didn’t have to, but He had a huge heart and wanted everyone to do good. He often told me about how our time was coming again, and how I’d get him back for our previous match

Brodie Lee said that Marko Stunt should do something “if he’s into it,” but Stunt scratched out that part. Then Stunt replied to Brodie Lee that “I’m in the process of that as we speak actually.” There are a few things that Brodie and Marko could have been talking about, but it might not be too hard to guess.

Seeing communications like this not only give us a better idea of the man Brodie Lee was, but the friend he was willing to be for anyone he ever met.