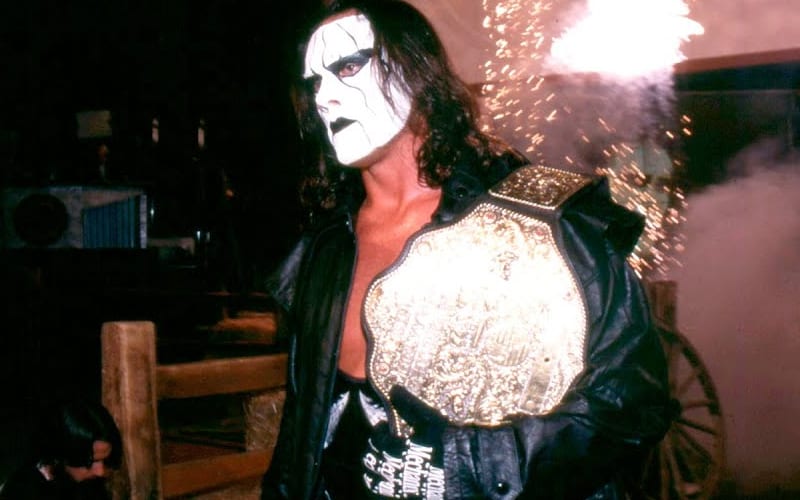 Sting was around WCW until the end of the company. He heard the rumors that WWE was going to buy WCW, and then he witnessed that actually come to fruition in front of his eyes. It didn’t happen the way he would have imagined either.

During a very candid conversation with AEW Unrestricted, Sting discussed WWE’s takeover of WCW. He said that it was a very quick process. Before he knew it, Vince McMahon purchased WCW and then the raping and pillaging began.

“Rumors, you hear rumors that someone might be buying us out, and then we hear that Vince McMahon might be buying us out. Then sure enough Vince McMahon is going to buy us out. They show up in Panama City and they want Ric [Flair] and I to leave the fans with something good. They want it to be something positive, so we had a short little match. It still felt like the enemy came in and took the women and children, you know there was pillaging and raping and it was like chaos. It was like ‘what is happening here?!'”

Sting didn’t want to take a WWE Hall of Fame induction years later. This came after Sting decided to sign with TNA instead of WWE. That brought a very interesting reaction from Vince McMahon as well.

WWE bought WCW and all of the company’s intellectual properties came with it. They have also started using some of those neglected WCW names for NXT. It’s unclear how Sting feels about WWE’s treatment of WCW at the time, but it was certainly a whirlwind at the time.