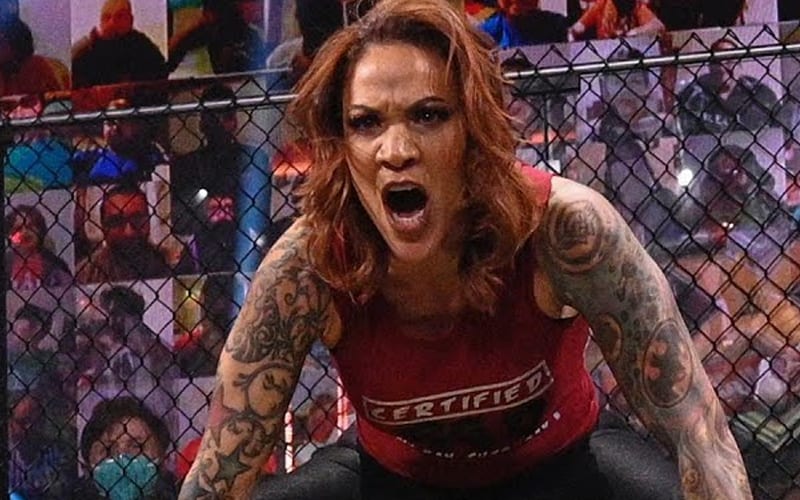 Mercedes Martinez was among the original members of the Retribution stable when they made their debut on the main roster. However, she would ultimately leave the stable as she asked to be removed from it.

Martinez recently made her return on NXT and since then, some have been wondering whether Martinez has heat on her for not continuing to be a part of Retribution.

According to a report by Fightful, no one in WWE management blames Martinez for turning down a spot in the stable. One WWE RAW Star even noted that she “didn’t ruin anything”:

As seen on tonight’s NXT, Mercedes Martinez is back on the brand. Shortly before the WWE draft, Fightful learned that she asked to return to the brand and no longer wished to be in Retribution. There was said to be no significant heat on her, with one person on Raw telling Fightful “you’ve seen the plans for Retribution, she didn’t ruin anything”

It is likely Martinez and Shirai will now start a program together. We will have to see how WWE books the feud.