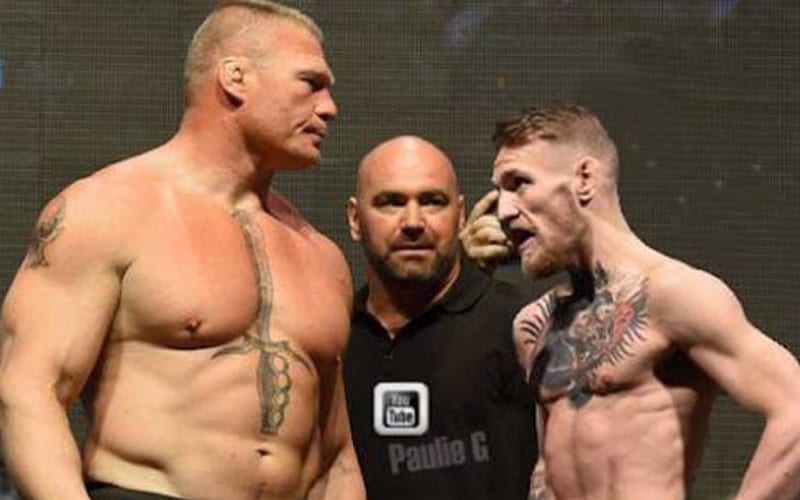 Brock Lesnar is free to do as he pleases since his WWE contract expired. As of this writing, no new contract has been inked. Fans can probably stop counting on a possible Conor McGregor fight.

While speaking to Sam Roberts on his Not Sam YouTube channel, The Beast Incarnate was quite blunt about facing Notorious. This interview took place four years ago, prior to the pandemic and Lesnar renewing with WWE before letting that contract expire, but it still likely illustrates his feelings on the matter.

“I take sh*ts bigger than that kid. Come on.”

“I know you kids all play fucking video games and you live in this fucking false sense of reality and shit. I’m two hundred and f*cking ninety pounds.”

“This guys a hundred and forty-five pounds, if he’s lucky. If Conor McGregor wants to say some shit to me, and get his name out there more than he already has, by dropping my name, I got about ten f*cking words for him.”

Brock Lesnar has made magic in the squared circle facing opponents much smaller than him. He likes wrestling guys like AJ Styles for that reason. That same mindset obviously doesn’t apply to the Octagon, especially with someone like Conor McGregor who isn’t bigger than the former UFC Heavyweight Champions’ bowel movements.