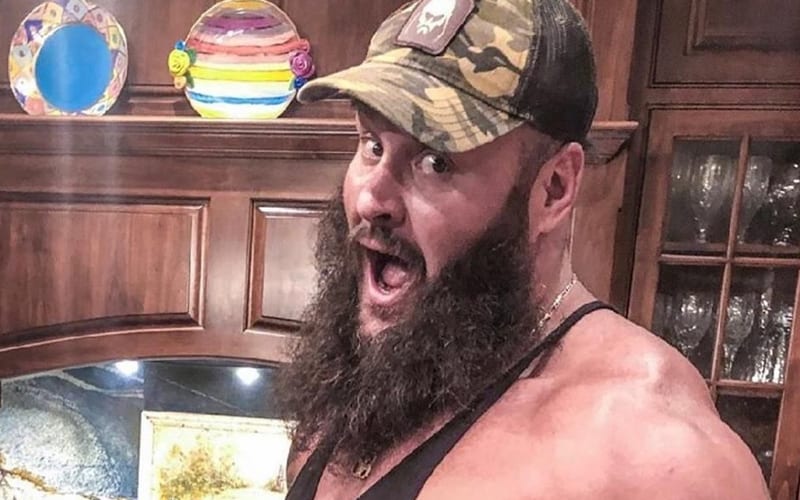 Braun Strowman is known for many things. He has given those hands to plenty of WWE Superstars. He is also apparently known for something totally different on Urban Dictionary.

The former WWE Universal Champion logged onto Instagram recently and he posted a short video to his stories. Braun Strowman told fans that someone just brought his entry in Urban Dictionary to his attention.

The top definition for Braun Strowman on Urban Dictionary is: “The biggest erection in existence.”

Strowman obviously got a kick out of reading that definition of who he is. This is also apparently an opinion that has been around since at least August 28th, 2017 when a user named Deshawn Jaxx posted it.