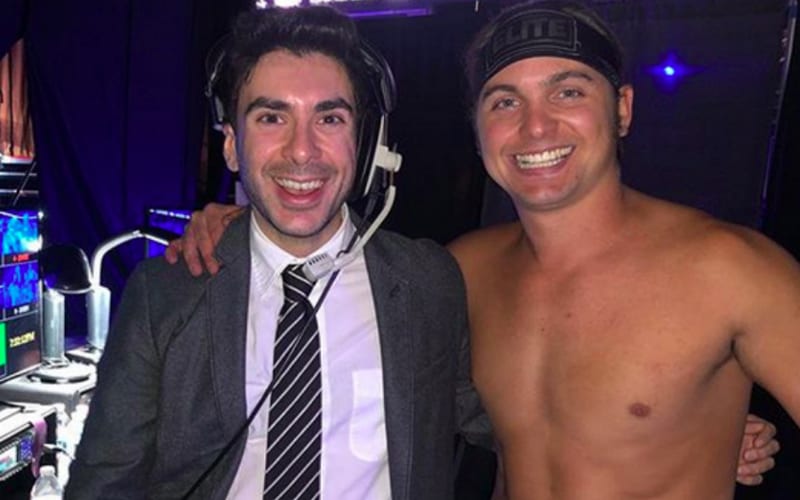 AEW exists because Tony Khan grew up as a pro wrestling fan, and he is now living out his dream as a booker. He rehearsed for this role by fantasy booking cards for fun since he was a kid, and now he’s doing it for real. The Young Bucks couldn’t imagine where they would be without Tony Khan.

While speaking to Fightful, The Young Bucks had glowing remarks to share about Tony Khan. They were asked to shoot a bit on several people, and when Tony Khan’s name came up, the Jacksons had nothing but amazing things to say.

Nick Jackson said that Khan is “a genius” and they’re very happy that he took a chance with them. A lot of things could have gone wrong in this situation, but Tony Khan had the faith in his concept to carry on. He changed a lot of lives in the process.

“Tony’s a genius. Man, I’m just so happy that he took this risk and took us all in. He really changed so many lives and that’s one thing I always thank him for is helping so many wrestlers out. I’m so happy that he gave us a chance.”

Matt Jackson echoed his brother’s point. “He changed our lives,” Matt said. “He did everything that he said he was going to do, and he did, and that doesn’t happen often in this business.”

AEW is still rolling through their second year in operation, and they have big plans for 2021. Tony Khan’s vision for AEW paid off, and a lot of people have him to thank for his efforts. The Young Bucks obviously realize that without Tony Khan they would be in a much different situation right now.