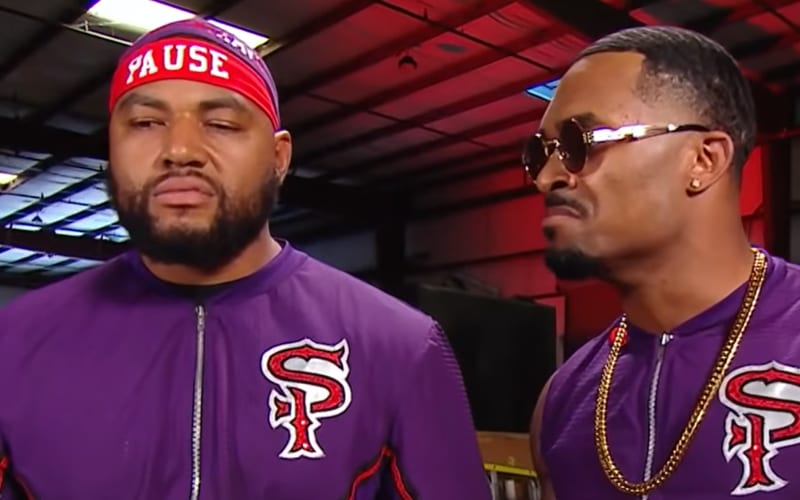 WWE brought the Slammy Awards back and it was a big event for the Street Profits. Montez Ford and Angelo Dawkins pulled down two trophies, but they didn’t get to keep them for very long.

The Street Profits won Slammy Awards for Breakout Superstar of the Year, and Tag Team of the year. Billie Kay didn’t win any awards, but she might have in her own mind.

Billie Kay was seen with two Slammy Awards, posing away at a photo shoot. The strange part is that she never won such an award. Before fans could wonder where she got those Slammys, The Street Profits showed up to take their property.

The former IIconic member tried to convince Ford and Dawkins that the Slammy Awards were hers, but they weren’t buying her story. They knew better, because they saw the program and knew that Billie Kay’s name was never called during the awards ceremony.

The Street Profits were able to take their Slammy Awards off Billie Kay’s hands. She really wanted one of those trophies, and then she made mention of taking someone else’s. We’ll have to see if she is successful in achieving that.

You can check out the little segment below.