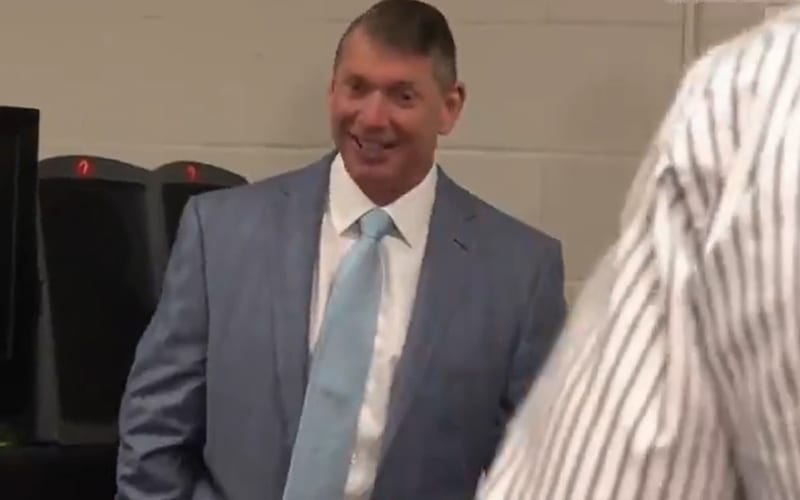 Drew McIntyre has achieved a lot in his WWE career. He racked up a ton of accomplishments. He also made Vince McMahon flinch. That was highlighted in the recent Broken Skull Sessions.

While speaking to “Stone Cold” Steve Austin about his career in WWE, Drew McIntyre was shown an old video from a promo class led by Vince McMahon. He needed to close his promo with a big finish, so McIntyre acted like he was going to chuck a water bottle at McMahon. The Chairman ducked, and everyone had a laugh.

The WWE Champion tweeted out a clip of that video along with a list of his accomplishments. He has to be proud of everything he listed, but making Vince McMahon flinch holds a special place.

….Annnnnd I made @VinceMcMahon flinch

Drew McIntyre explained that they were told to apply the lessons they learned during promo class. He needed a big finish, and he came up with a very good one.

The clip is priceless, and we’re lucky that WWE had a camera in the room. Vince McMahon had a laugh at his own expense after everyone else erupted in hilarity. Drew McIntyre joked about his push in WWE dying that day. Obviously, as he holds the WWE Title, things worked out for him.