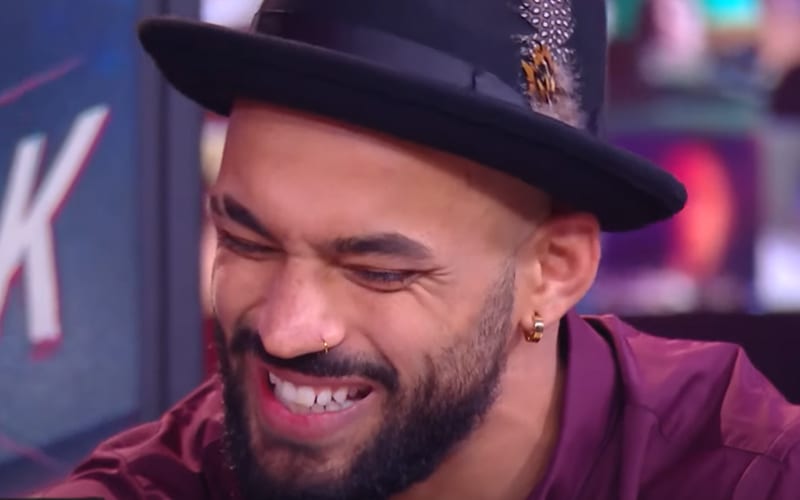 As seen on this week’s episode of Monday Night RAW, Ricochet was defeated at the hands of T-Bar and following the match, all the members of Retribution stood over the former United States Champion.

For the past few weeks, Retribution has been hell-bent on getting Ricochet to join the stable. Till now Ricochet has rejected their offer, but it seems he might be changing his mind.

During this week’s RAW Talk, Ricochet was asked how difficult the past few weeks were for him by Charly Caruso. She also asked him about possibly joining Retribution. Ricochet revealed that earlier he wouldn’t have given it a second thought, but now he will have to sit down and think about it.

Ricochet then vented his frustrations about his current position on RAW. He is upset at the fact he never seems to win a match and wants to change that.

We will have to see how WWE will book Ricochet from now on. Perhaps fans will get to see him join Retribution in the end.