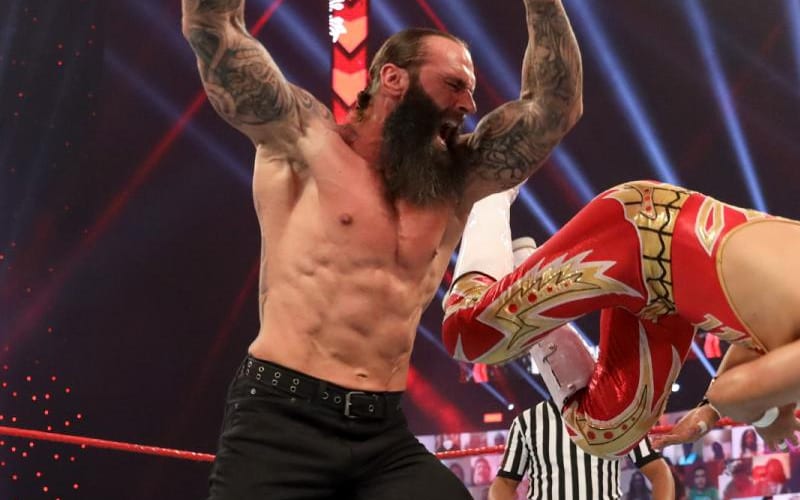 Jaxson Ryker was taken off SmackDown, but then he found his way back to WWE television after a several month absence. Some fans thought that WWE might release him after a very poorly-timed pro-Trump tweet. That didn’t happen, and Ryker picked up his first main roster win this week.

Click here for our complete coverage of WWE RAW.

Mick Foley was watching RAW this week, and he was impressed by Jaxson Ryker’s match. Mrs. Foley’s Baby Boy tweeted out support for Ryker while praising his hard work.

Good to see @JaxsonRykerWWE on #Raw

I’ve known this hardworking, ass-kicking dude since 2009. He’s a player.

We’ll have to see what’s next for Jaxson Ryker. He is being presented as a big man who can do some damage as Elias’ backup. This could be the foot in the door he needed to make a real difference on the main roster and leave that unfortunate tweet in the past.