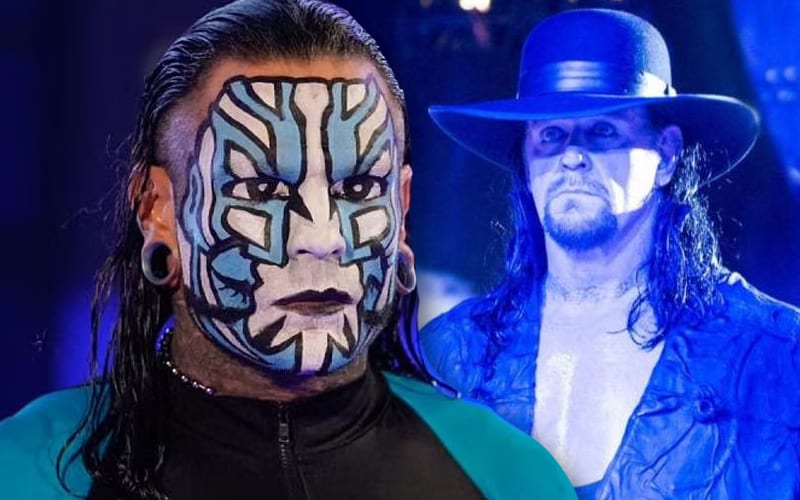 The Undertaker received a huge spotlight at Survivor Series as WWE big him his Final Farewell. Plenty of Taker’s old friends and foes gathered in the ring to pay respect to him, including Jeff Hardy, who had a special tribute in store.

Jeff Hardy recently spoke to Digital Spy about that Survivor Series experience. Hardy painted The Undertaker’s legendary insignia on his own face as a tribute to the Deadman when he went out that night.

The Charismatic Enigma revealed that it took about 45 minutes to get that tribute on his face. Then it was showtime.

”The Undertaker’s symbol was on the locker rooms that day and I said, ‘I think I can paint that on my face. And so I went in there, I had 45 minutes to paint it and it turned out so cool. The respect and just like bowing down to the Deadman because he’s such a legacy and such a legend.”

The Undertaker and Jeff Hardy had plenty of experiences both in and out of the squared circle. That tribute to the Deadman might have been missed by some fans, because there was a lot going on during The Undertaker’s Final Farewell. It was still a cool homage for Hardy to dedicate his face to the Deadman that night.