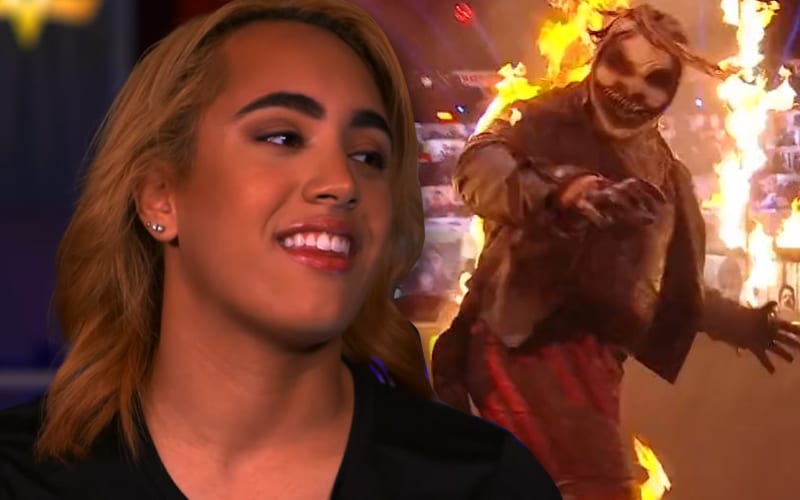 WWE TLC is in the books, and nobody is going to forget about how WWE capped off 2020. The pay-per-view ended with Randy Orton literally setting Bray Wyatt’s Fiend on fire. It’s quite a business to be a part of.

Click here for our complete coverage of WWE TLC from this week.

Plenty of people had reactions to the main event TLC match. The Rock’s daughter Simone Johnson had a pretty funny response when she posted two photos from the match along with a very simple caption.

“what do you do for a living?”

Simone Johnson followed in her father and grandfather’s footsteps. She is training to be a pro wrestler as well. The fourth generation Superstar is just getting started in her journey.

Johnson still has years to go before she’ll likely find herself in a big match situation. We’ll just have to see if she ever gets an opportunity to compete in an Inferno Match someday.