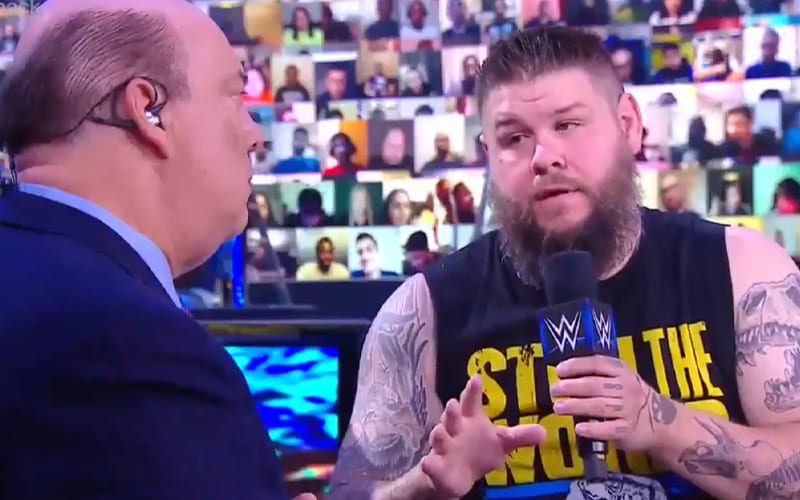 Kevin Owens and Roman Reigns are no strangers to each other. They have battled in the ring before. The two are set to square off at WWE TLC with the Universal Title on the line. Owens has enjoyed this program a lot.

Click here for our complete breakdown and coverage of WWE TLC 2020.

While speaking to Sports Illustrated, Kevin Owens discussed how great it was working with Paul Heyman. He has worked with Roman Reigns before, but KO had to admit that this time around is a bit different. Reigns went through a real character transition and that is quite noticeable.

“I’ve enjoyed all of it, especially getting to do stuff with Paul. I’ve worked with Roman before, but there is a different attitude and feel to the entire story. It’s great to do it in this setting now with the roles reversed. I’ve never done anything with Paul before, so getting to have a verbal joust with him on Talking Smack, and that’s really fun.”

“Paul is unlike anybody on the mic, so it’s really fun and he keeps you on your toes. I hope this keeps going. Also having Jey Uso involved, who is somebody else I’ve never really had the chance to do much with at all, has added a lot. We’ve never done anything together before this, and it’s nice to get to do stuff with new people, and we’re giving everyone watching something they haven’t seen before. As far as I’m concerned, this could certainly extend beyond TLC. We’ll see how all that works out.”

Kevin Owens cut a promo during Talking Smack where he told Heyman to call him. That team could be very effective in WWE. Right now Paul Heyman seems like he’s in a solid position as Special Counsel to the Tribal Chief.