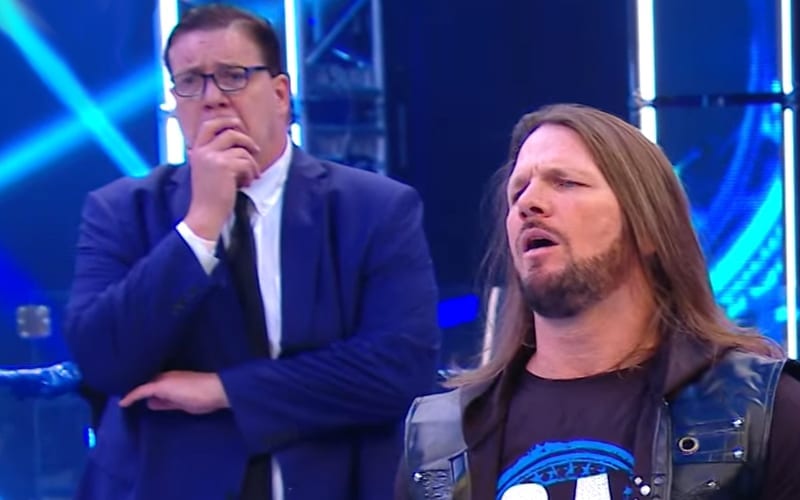 AJ Styles had Joseph Parks around as his analytics guy, but that union went away. Styles soon brought Omos over to be his heavy handed 7-foot-tall backup. There is a reason why Styles dropped Parks.

Joseph Parks is a producer in WWE. He was around backstage, and they put him in this role. Parks and Styles have a history with each other from TNA, so the chemistry worked well.

While speaking to TalkSport, AJ Styles explained that he dumped Parks because the former Abyss is a “power puff.” He needed someone by his side who can protect him and that is Omos.

“Yeah, I think that was [cool to watch] for everyone that used to watch TNA. You understood what was going on there. But, Joseph Parks is a bit of a powder puff. If I need someone to handle my business side, I’ll get Joseph Parks. Right now, I need Omos to be by my side. Listen, there’s a lot of guys that will not only stab you in the back, but knock you down and step on you. Omos is there to make sure that doesn’t happen,”

Omos was one of the big men who was sent back for a bit more training. We’ll have to see how long it takes for WWE to book the former basketball player in a match.

AJ Styles didn’t rule out bringing Joseph Parks back if he needs a numbers guy. Perhaps he still hasn’t forgotten about Sharpie Gate.