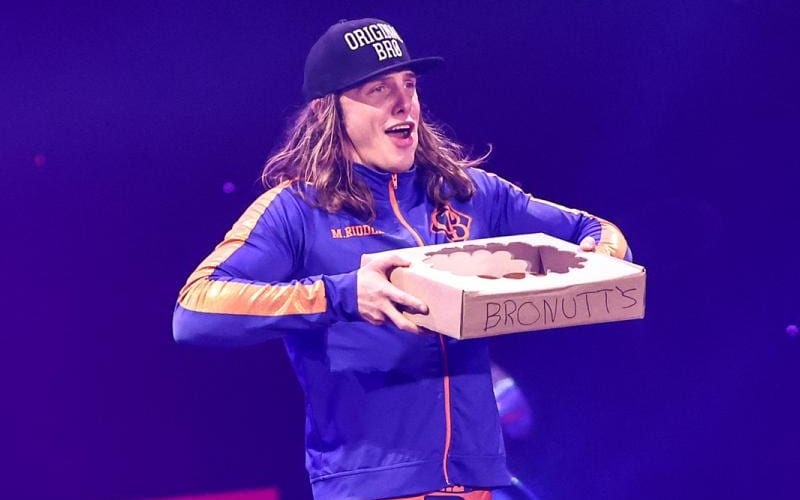 Matt Riddle dropped his first name, in WWE, but that’s going to be a hard habit to break for fans who knew the Original Bro by two names for years. He is currently in a United States title program with Bobby Lashley, but they are not booked for TLC.

This Sunday’s WWE TLC pay-per-view does not feature Riddle vs Bobby Lashley, but that match is coming. According to the Wrestling Observer Newsletter, WWE is holding back Lashley vs Riddle for the Royal Rumble.

The Lashley vs. Riddle U.S. title that’s been pushed at least during the middle of the week was slated for the Rumble, and not TLC, but everything changes every day.

Ringside News exclusively reported why Vince McMahon has been protecting Bobby Lashley. He sees him as more of a star than others. This will likely create a strong opponent for the King Of Bros.

WWE can change their plans on a dime, and they’ve done it many times before. Right now the plan is to hold off on Matt Riddle’s United States Title shot against Bobby Lashley until the company’s Big 4 January event.