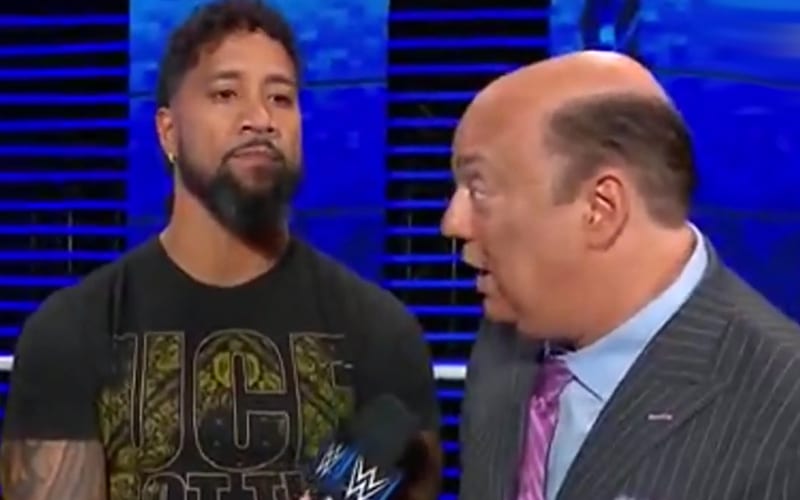 Paul Heyman is Special Counsel to the Tribal Chief, and that bond goes way past any WWE storyline.

Heyman is an influential member of the pro wrestling community, and his ties with the Samoan Dynasty go back a very long time. Jey Uso told ProSieben MAXX that he considers The Special Counsel like an uncle.

Jey Uso continued to explain how working with Paul Heyman has helped him sharpen up his skills in many ways.

“Having him around and being around him every single week, Uce has sharpened me as a performer. Sharpened me as a co-worker. It’s put me on my game, always learning. Why wouldn’t I sit under the Paul Heyman learning tree?”

“At the same time I’ve got the #1 guy in the business right now [Roman Reigns] I’m vibing with them. You know hearing ideas, Uce. Like finally what it’s like to be at the top, and I could really get me some of this, Uce.”

Jey Uso received an incredible opportunity when his brother Jimmy was injured. Uso had to sit at home for a while, but Roman Reigns’ return brought him right back into the spotlight, elevating him to new heights in the position of a singles star.

Jimmy Uso will be back very soon, but Jey Uso is certainly making the most of his time with Paul Heyman.