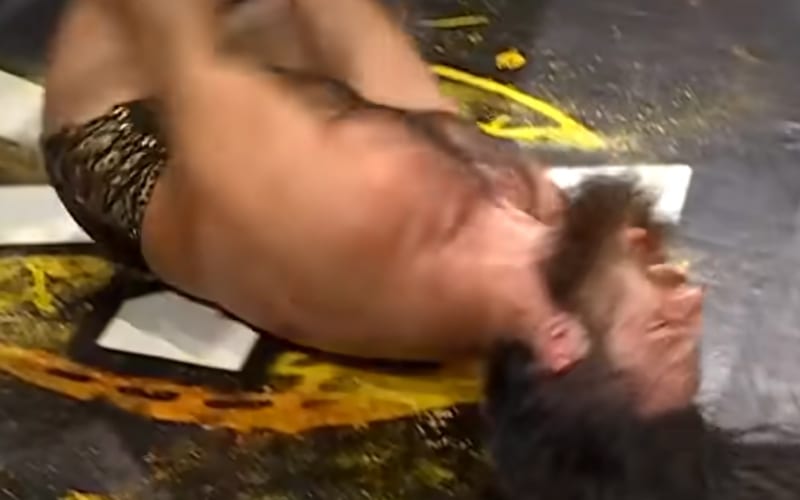 It was announced on this week’s NXT that Cameron Grimes will be missing anywhere between four to six weeks as he suffered an injury during last week’s show.

At the time of writer, it was unknown whether Grimes’ injury was legitimate or not. Now it seems we know the truth that he is legitimately injured.

According to a report by PWInsider, Grimes went under the knife last week and will be on the shelf until he is given the green light to make an in-ring return. It was not mentioned what kind of leg injury he suffered.

Grimes was written off WWE NXT television last week after Timothy Thatcher came out and grabbed Grimes’ leg, before snapping it after his match with Tommas Ciampa..

We will have to see what WWE has planned for Grimes once he makes his return to the ring.