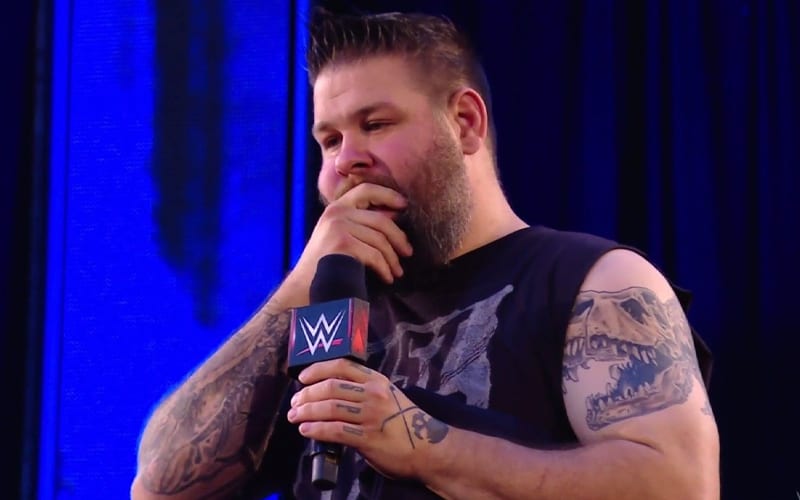 Kevin Owens has a huge Universal Title match in store for him at WWE TLC this Sunday. He will face Roman Reigns for the blue brand’s top title, but there were much different plans last year.

While speaking to Metro.UK, Kevin Owens revealed that there plans for him to go to NXT last year. A lot of fans assumed this, and he showed up at WarGames. There were also plans for him to make a trip to NXT UK. That was a trip Owens really wanted to take.

“They’re all extremely talented guys, and I would love to compete with any of those guys. I kinda got to do a bit with Imperium last year, so that was cool. At one point there was a plan for me to go back to NXT at some point last year, which didn’t happen, obviously. But we had even discussed, maybe if that happens, then maybe I could show up on NXT UK and work with all these different people. I’d love to get to do that!

“The UK – all of Europe, really – I had a really fun time there as an independent wrestler and again touring with WWE. Any chance I would get to be there more and wrestle for those fans – if or when we get an audience back, or even in this setting. To be a part of that and help do good stuff over with NXT UK, I’d love that for sure.”

Kevin Owens didn’t seem very happy with his direction on SmackDown just a few months ago. Things turned around for him and he has a big December pay-per-view match.

We’ll have to see if 2021 might see a return to NXT for Kevin Owens. He would also love to mix it up with the talented roster of Superstars the company has in the United Kingdom.