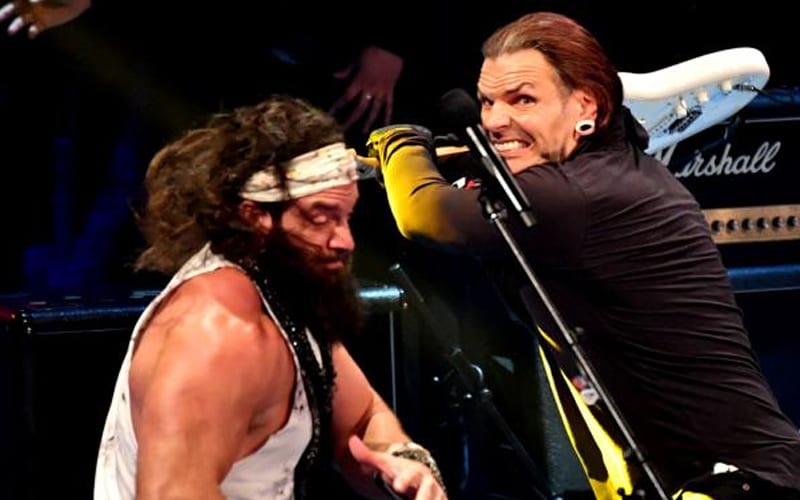 Jeff Hardy is known as a WWE Superstar, but some fans also really appreciate his work with musical side project PeroxWhy?Gen. He could have his eye on a duet soon enough.

While speaking to Metro, Jeff Hardy expressed interest in doing some sort of musical collaboration with Elias. The two are no strangers to each other, and they are also musicians outside of the ring.

“Even with Elias, I think there’s something gonna happen as far as me and him doing maybe one song together. Music kinda bonds us, you know!”

Jeff Hardy and Elias just finished up a feud that was complete with a Symphony of Destruction match. If Elias and Hardy used those musical instruments as they were intended instead of as weapons we might be one step closer to seeing that joint effort come to fruition.