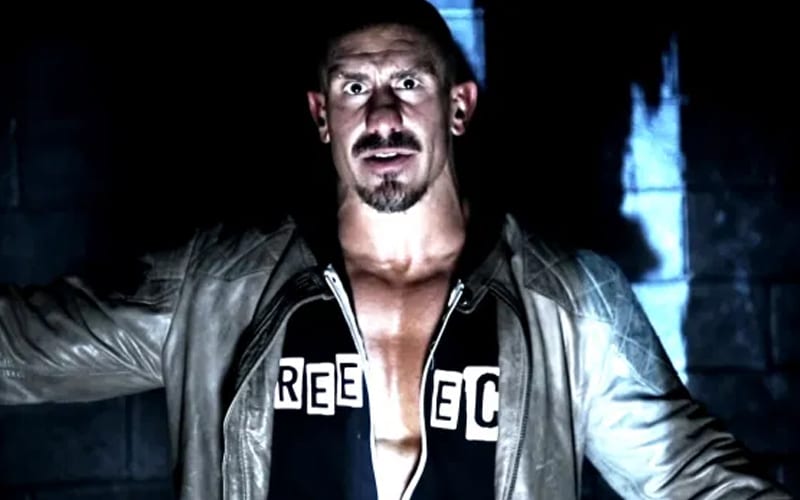 EC3 spent some time in Impact Wrestling where he wrestled against Moose in a storyline with the TNA Title involved. The feud built toward a cinematic match at Bound For Glory, and EC3 suffered a brutal and bloody defeat. That wasn’t really what he had in mind.

While speaking to Fightful, EC3 revealed that things didn’t go as he had planned in Impact Wrestling. He sought to control his narrative, but “they control theirs.”

He filmed a match with Moose prior to his return to Impact Wrestling because his deal said that he could produce things differently. Impact Wrestling wanted that cinematic match at Bound For Glory and that is what happened instead.

“Okay. Did it go how I originally planned, me and myself? No. But, I don’t expect it to because at that point I’m working for a company. Control your narrative. I control mine. They control theirs. Having said that, was I happy with it? Extremely happy. I thought it was a great story arc. I think the only hold ups to it was getting from point a to point b with so much time in between to not do so much physicality that maybe there’s a little bit of redundancy. But, a necessary evil.to save the sanctity for where we were going at Bound for Glory. The original plan was, and this is why the Narrative extended—available on my website, FreeEC3.com—has what I filmed with Moose prior to my return to Impact.”

“Prior to my return to Impact part of my conditions were I’d like to produce use him in my thing and I would like to build on the side going forward and I will do this with him and we will culminate at Bound for Glory. it’s somewhere in between that. They decided they wanted to do a ‘cinematic’ match for Bound for Glory, and that’s fine. Kind of leaving me with what we shot on the ground floor on the table just sitting there. I was very happy with how we did the match. I thought the match told a great story. I thought it put Moose into position—I think the last shot of his sitting on the ring apron with that look in his eyes made him. Now, I’ve done everything I could for him. Let’s see where he takes it.”

EC3 went to ROH following his short run with Impact Wrestling. He had to pull out of Final Battle because of COVID-19, but he is on the end of that virus. He also has plans to finish things up with Jay Briscoe in ROH to see if honor is real.

In previous interviews, EC3 revealed that Impact Wrestling would like to have him back, but they want a longer contract. We’ll have to see if that ends up happening as he continues to control his own narrative.