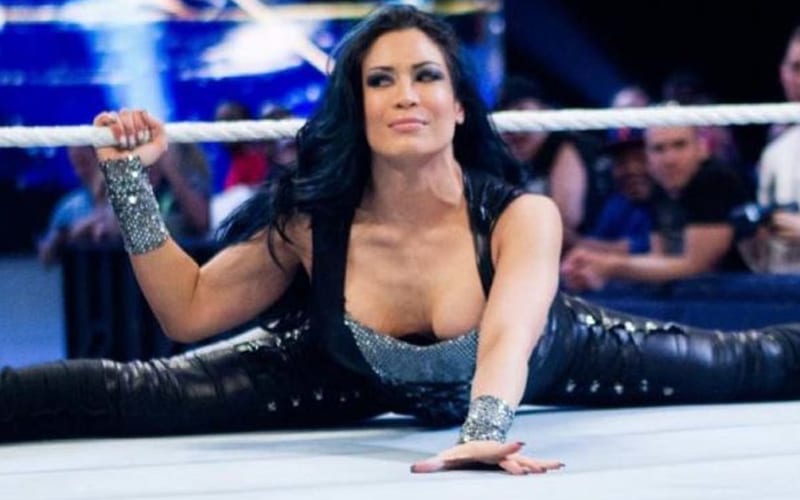 Melina was reportedly on her way to a WWE return, but those plans never materialized. A new story from Johnny Fairplay pointed toward a plan for her to be in the Robert Stone Brand. Now Fairplay is clarifying his statement.

Fairplay jumped on Twitter and he cleared up the story. He was told about Melina’s scrapped return separately, and Stone didn’t tell him. Robert Stone simply told Fairplay that he’s waiting for his next client in NXT.

Just to reiterate, No. I didn’t say Robbie told me that he was managing Melina. I heard that prior. Robbie just said he was anxiously waiting for his next client. I heard the Melina news weeks ago, NOT from Robbie E.

Melina’s WWE return was apparently nixed due to some complications, possibly an injury. Robert Stone is also sitting in NXT, and waiting for his next opportunity. At this time those are two things that are apparently clear in this situation.