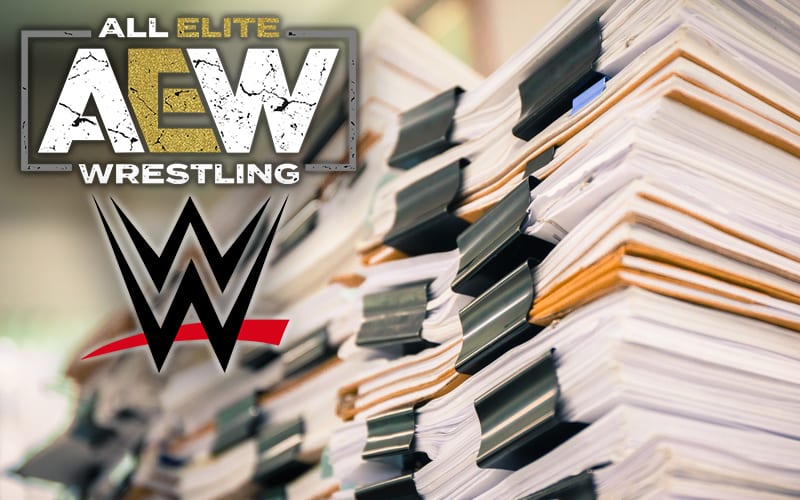 AEW and WWE are both pro wrestling companies, and some people who are outside of the pro wrestling bubble might not tell the difference.

According to Heel By Nature, AEW’s trademark for Stadium Stampede was suspended by the United States Patent and Trademark Office. They filed for this trademark on August 6th, specially for use in pro wrestling events.

AEW produced a Stadium Stampede match at Double Stampede match at Double Or Nothing. They wanted to lock down the name, but there were two issues. The used the word “stadium,” and the second issue deals with WWE. There is concern that it is too close to WWE’s trademark on Spring Stampede, one of the many WCW pay-per-view names that they have locked down.

WWE reportedly filed for a trademark for Spring Stampede on January, 2019, but it hasn’t been approved yet.

WWE’s trademark for Spring Stampede is under review, and requires re-filing due a “identification of services” issue, which will likely be resolved once WWE amends the filing.

AEW fulfilled the USPTO’s request regarding the word “stadium.” They needed to indicate that they don’t hold an exclusive right to use the word “stadium,” but the WWE issue is another story.

WWE’s trademark for Spring Stampede will be abandoned if they do not update by March 2021.