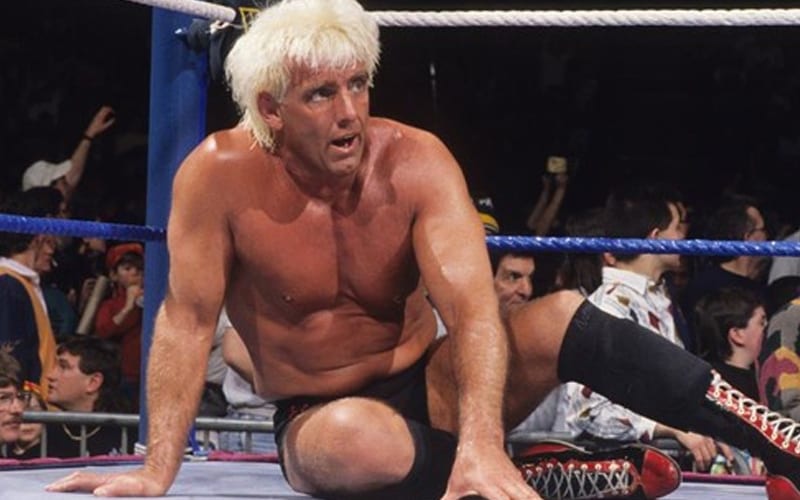 Ric Flair made a huge name for himself in the NWA as their World Heavyweight Champion for years prior making his way to WWE. When he got to WWE, Pat Patterson, a man Flair first met in 1973, was already there and in a backstage role.

Flair had to change up his style in a big way when coming to WWE. He was performing in hour-long “Broadway matches” for the NWA. Things had to be different in WWE. Ric Flair couldn’t wrestle Hulk Hogan or The Ultimate Warrior for an hour.

During WWE The Bump, Ric Flair relayed a story about Patterson in memory of his passing. He remembered a match he had with Ultimate Warrior where Patterson told him it was the worst World Title match he ever saw.

“I come back and Patterson goes, ‘Ricky that was the worst championship match that I have ever seen in my entire life, what were you thinking?!’ I say, ‘Pat, I wasn’t and you don’t have to tell me how bad it was. I know because I was in it.”

“It was HORRIBLE. I just couldn’t get it together with The Warrior. It was on different wave lengths, right.”

Flair said that Pat Patterson wanted people to hear what he had to say because he wanted to make people better. There are tons of stories about Pat Patterson’s influence on the pro wrestling business. Ric Flair didn’t spend a long time in WWE during that 1991 to 1993 run, but he’ll never forget working with Pat.