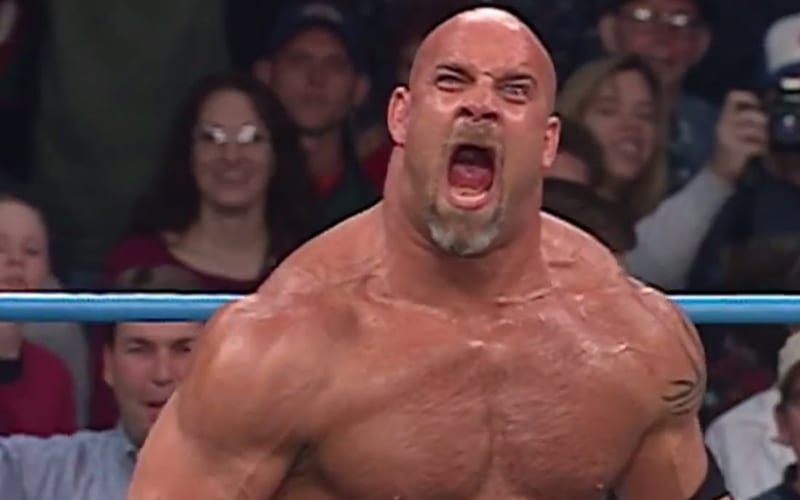 Goldberg is a very serious individual, especially on days when he is set to destroy someone in the ring. That is his job, and he takes it serious. This apparently didn’t make him the nicest guy to be around at times.

A lot of things changed since Goldberg’s run in WCW. That legendary undefeated streak is in the history books. During that time, he was laser focused on getting the job done.

UnSKrpited recently spoke to Disco Inferno where Goldberg came up in the conversation. Disco didn’t have the greatest review of Goldberg’s demeanor prior to his matches. He apparently “did not like to have fun” and he was very serious about things. That didn’t make him the nicest guy to be around.

Goldberg was not the nicest guy to be around on the show day. There was a collection of guys that did not like to have fun.

Goldberg is not done wrestling at all. He is still under WWE contract and ready to face Roman Reigns next. A lot of things could happen in the next few months. We might even see a Goldberg return to the ring by WrestleMania.

It’s unclear how WWE will use Goldberg next. He is older now, and seemingly wiser as well. Odds are he’s not as serious as he used to be backstage because Goldberg has already proven himself to cement his legacy at this point.