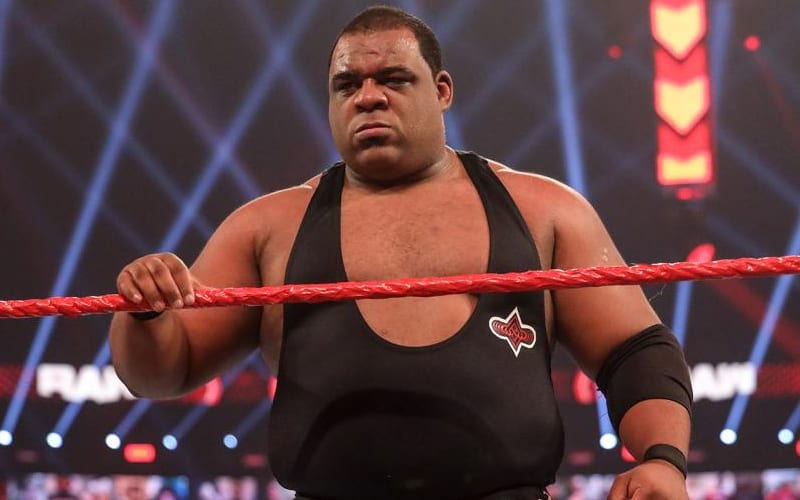 Keith Lee lost to The Miz and John Morrison on RAW this week. Many fans came down on this decision. It turns out that was not the original plan.

Vince McMahon made a couple of changes to WWE’s flagship show this week. He moved some things around and re-wrote a bunch of dialogue. Keith Lee also had a different original assignment.

According to PW Insider, Keith Lee was not initially booked in a handicap match this week. It wasn’t noted who is was facing, but Lee was supposed to be in a singles match. He was also still slated to lose that match.

One major change that happened over the course of the day was originally Keith Lee vs. The Miz was penciled in as a singles match but that changed to a handicap match over the course of Monday.  Lee was not slated to go over before the change, either.

Keith Lee is supposedly getting a push in WWE. Making the Limitless Lee lose in a handicap match is a very interesting way to go about things. Keith Lee is not currently booked for a match at WWE’s TLC event this Sunday. Only time will tell what WWE tries next in an effort to get him over.