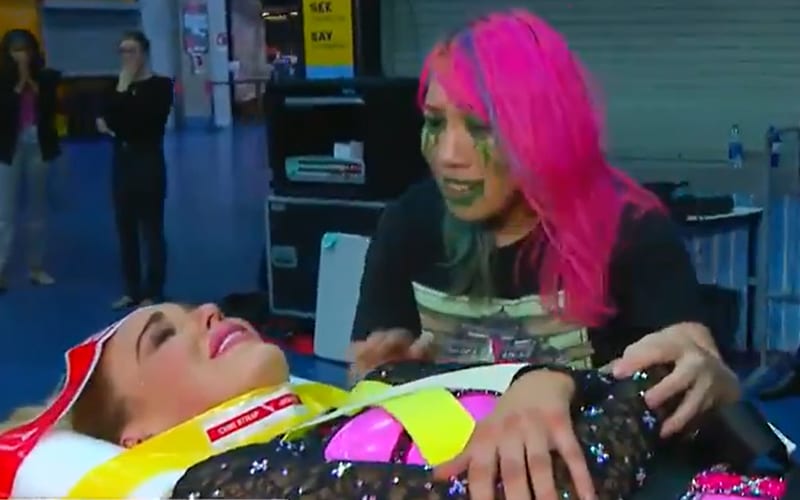 WWE RAW featured a very brutal beatdown for Lana. It ended in her getting taken from a scheduled WWE Women’s Tag Team Title match at TLC this Sunday. Now Asuka will have to find a new partner, after Lana was stretchered away.

Lana was taken to a local medical facility following her segment on RAW. She defeated Nia Jax, but paid dearly for it. WWE uploaded exclusive footage of them carting Lana off after the brutal attack showing Adam Pearce as he cleared the way for her to get medical attention.

EXCLUSIVE: @WWEAsuka supports @LanaWWE as she is taken to an ambulance for transport to a local medical facility after a brutal attack on #WWERaw by @NiaJaxWWE and @QoSBaszler.

We’ll have to see what’s next in this situation. It makes little sense that WWE would build Lana up so much only to yank her title match away like this. Then again, Mandy Rose’s return to action could have also played a factor into things.