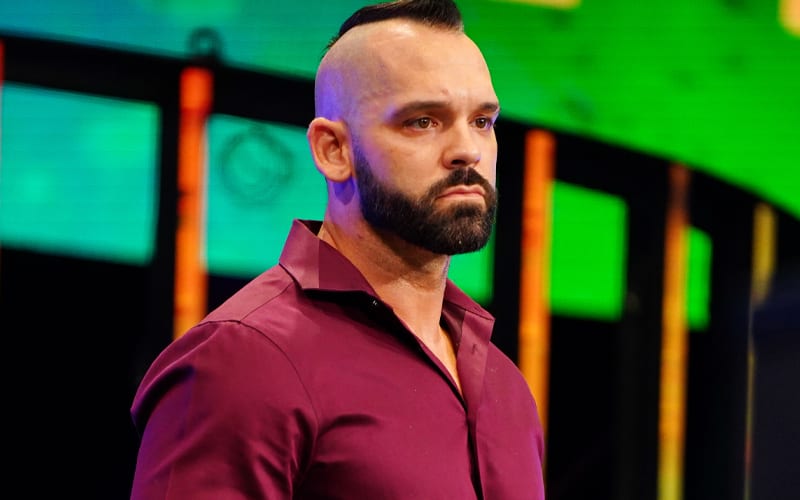 Shawn Spears was likely watching WWE RAW this week like so many others. He might not have been too happy with what the company brought to the table either.

Spears’ wife Peyton Royce did not wrestle on RAW this week. She was a part of the Main Event tapings before the show. She didn’t even wrestle there. Instead, Nikki Cross defeated Lacey Evans while Royce was at ringside.

Shawn Spears, who wrestled as Tye Dillinger in WWE before receiving his requested release, tweeted out after RAW went off the air this week:

“The saddest thing in life is wasted talent.”

Tons of fans replied to the former Perfect 10 by saying that he should tell his old company that. Most realized he was speaking about RAW this week. It was quite an abysmal showing in a lot of fans’ opinions.

Ryback was so upset about RAW this week that he called Vince McMahon “a cuck bitch.”

Even if Spears wasn’t talking about Peyton Royce with that tweet, he could have certainly been referring to any number of Superstars who were on RAW this week.