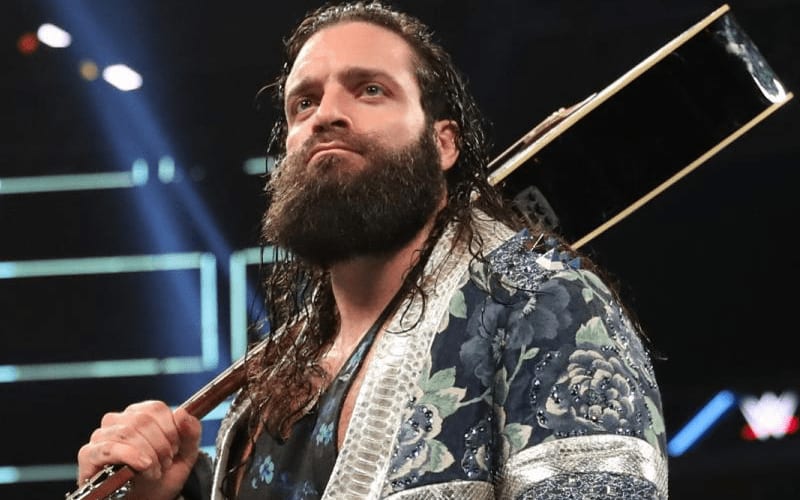 WWE has a lot of young Superstars who would love a WrestleMania moment. The company has also been know to bring in a legend for a special appearance at the show of shows. This is a practice that used to upset Elias.

While speaking to Chasing Glory, Elias admitted that he would get irritated when legends like The Undertaker, Shawn Michaels, and Kane would come in to take a spot on the show of shows. He wanted to be in the ring learning from them, but instead, they didn’t highlight the new generation of talent while cashing in on the nostalgia.

“This is going to sound selfish, but when these guys are around, guys like Undertaker, Kane, Shawn Michaels, when they would come back, I would get personally offended by that.”

“The reason would be that I should either be in there with those guys and learning from them and they should be passing on the knowledge or they just should not be there because it’s the new guy’s time. That’s how I felt. I had a little bit of anger towards that generation. I was like, I’m getting the loudest reactions out there. I’m the new guy and I’m the young guy. Here come these guys and they take spots at WrestleMania.”

“They take spots at big PPV’s. Elias is shoved to the side for whatever reason. I had like an anger about that. I thought geez, can they not just help out or step aside, whatever it may be. Then I saw the interview with The Undertaker with that 4 or 5 part series and you come to find out how he’s aware of that as well. He knows the young guys want his spot.”

“He also knows that he has to let this go sometime and he has been through the ringer. His body has been through it. But, he just loves the business so much and you can relate to that. I was like, oh, let me put myself in this situation and get paid incredibly well. One of the best of all time. The fans go absolutely insane for the guy. It softens me to go, oh, I get it and I don’t have that anger that I did have before. Who knows if the situation is ever reversed.”

Elias and The Undertaker almost had a match, but WWE nixed the idea. That would have been quite a WrestleMania moment, and it could have also added to The Drifter’s frustration.

WWE is running out of legends that they can call back at this point. The Undertaker gave his Final Farewell, and Shawn Michaels has moved on from in-ring competition. Now WWE has special attractions from other entertainment platforms that they invite in to take the spot of Superstars at WrestleMania. They also need to focus on building those Superstars on the roster that they have now so they will have legends in the future as well.