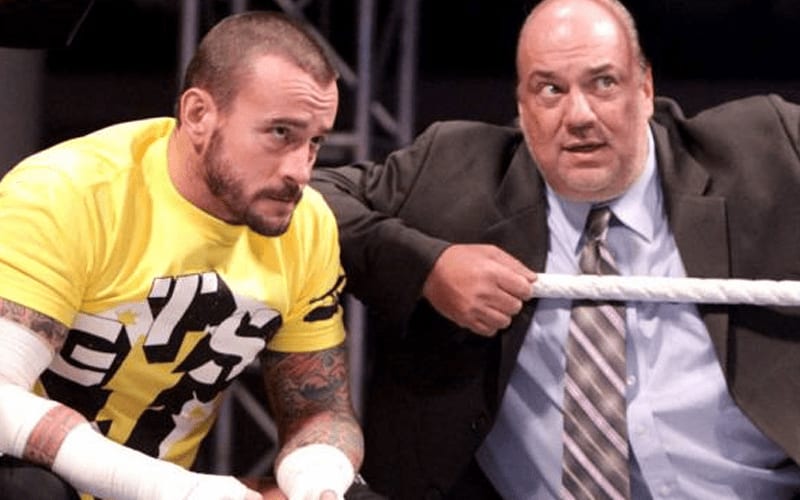 WWE paired Paul Heyman up with CM Punk and it created some fantastic memories. It was almost too perfect for Punk, and he had some concerns starting out.

While speaking to Inside The Ropes, Paul Heyman revealed that after WWE put him with CM Punk, the Second City Savior looked at him and said that the “sh*t we’re going to stir” would get them axed by the next month.

“I look over at him at he says ‘Can you believe they’re f*cking putting us together?’ And I’m like ‘We’re both gonna be f*cking fired in the next four weeks, don’t you get it?’ And he goes ‘But the sh*t we’re going to stir in four weeks, they don’t f*cking have a clue!’ I loved working with him, I loved it. I had the time of my life.”

“We had a blast working with each other because, just like me, he had no idea what he was going to say when he went out to the ring. He was just doing it, you know, allegedly shoot promos that then get wrapped around into the storyline that we’re telling that he fervently believed in his heart that he was telling the truth.”

Paul Heyman loved working with CM Punk, and it’s not hard to see why. The two had some great storylines on camera, and made history in the process. That union didn’t last forever, but at least WWE allowed them to continue for longer than four weeks.