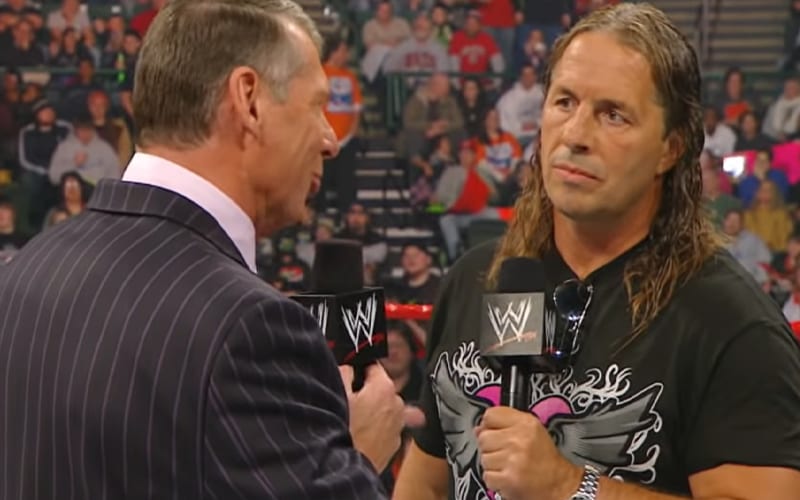 During his Confessions Of The Hitman, a paid video service on Bret Hart’s official website, he went into Vince McMahon’s treatment of tag team wrestling. He said that Vince McMahon had so many great tag teams to work with, but he let it die out.

“There were so many great teams. It’s sad if you look at tag team wrestling today, where it [has] gone because they let it die out a little. But it always had its own history and its own style. A tag team wrestling match is so much different than any match on the card. It’s a completely different kind of strategy to the match and building it up. And the matchups – there are four guys in the ring and you team up Andre [The Giant] and Haku, as an example, against me and Jim ‘The Anvil’. It’s like, people go, ‘What’s going to happen in this?’ Me and Jim working over Andre can happen. Two guys on one. It was just fun to play up the psychology of how would The Hart Foundation fare against that team or The Rougeaus? They tag in and out all the time and they have a certain style.”

“I think it’s my understanding that Vince McMahon got sick of tag team wrestling and is no longer a fan of it. And that’s so sad that he kind of singlehandedly killed a part of the wrestling business that was so important.”

Even today, WWE fans find themselves frustrated with how WWE books their tag team division. There are times when tag team champions will go weeks without getting a spotlight. This trend for Vince McMahon’s company is nothing new, but it certainly doesn’t help calm the nerves of those who really enjoy a good pro wrestling match.