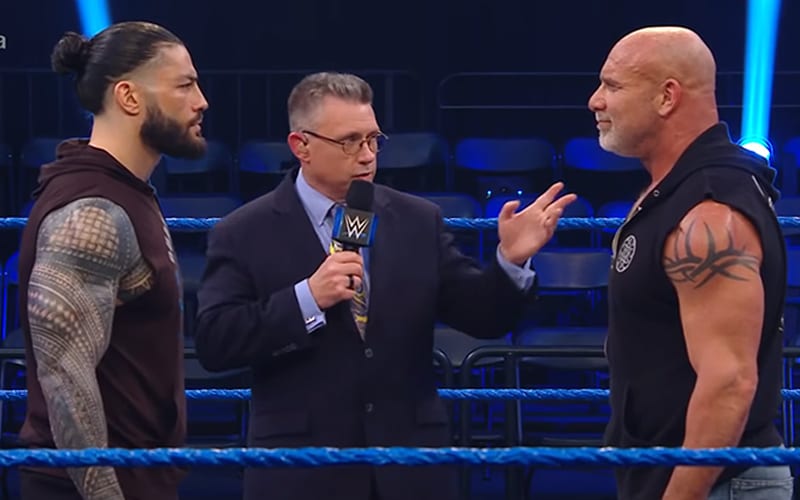 Goldberg recently made it clear that he has some unfinished business with Roman Reigns and wants to face him in a match. Reports have suggested that Goldberg vs Reigns is one of the possible choices for WrestleMania 37 but nothing has been confirmed.

WWE Hall Of Famer Booker T has definitely been keeping track of the possibility of the match between the two Superstars. During the latest episode of his podcast, Booker T was asked about Reigns and Goldberg possibly clashing at the WrestleMania.

Regarding the topic, Booker said that it is a great marquee match that fans certainly want to see happen. Booker also added that Roman Reigns is very likely to humble Goldberg if they actually face each other.

“I’m down for anything if it’s right. My thing is this, he’s one of those guys kind of like Mike Tyson right now, guy that’s been around a long time, past his prime, and if he jumped in there with Roman Reigns I’d expect Roman Reigns to go out there and humble him. And that’s the way it should go if he actually wants to take that route. Am I knocking him or anything? No I’m talking from a promoter’s perspective only. Could it be something special? Yes, because what we got right there guys is two grown a** men. And that right there – just a marquee – with Roman on one side and Goldberg on the other. It’s going to sell. People are going to want to see it. Spear vs spear. We got something here.”

Roman Reigns and Goldberg was initially going to take place at WrestleMania this past year, but Reigns had to remove himself from the match due to risk of COVID-19.

We will have to wait and see whether the two finally square off against each other at WrestleMania 37.