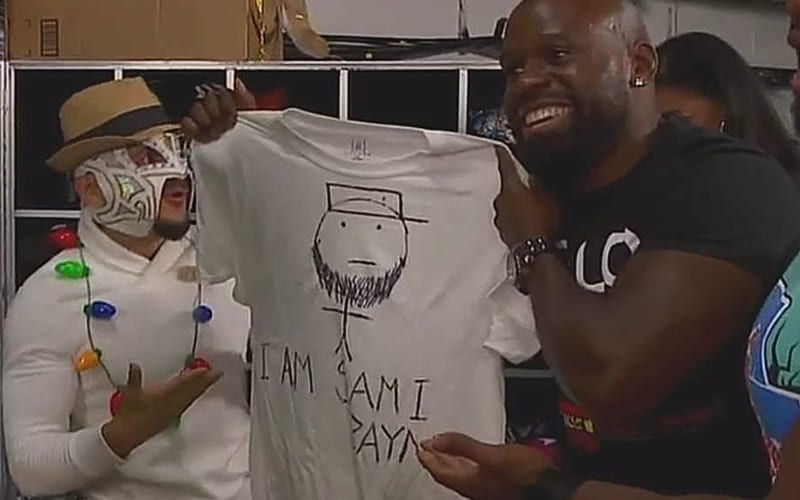 Sami Zayn was just looking for some respect, and he didn’t expect to get a new t-shirt out of people trying to troll him.

Big E and Apollo Crews tried to troll Sami Zayn with a new shirt on SmackDown this week. Zayn was not a big fan of the poorly drawn figure on the shirt. WWE might change his mind on that as they turned it into a real piece of merchandise. Those royalty checks could help ease his pain.

In the meantime, Zayn tweeted out to rub it in to Big E and Apollo Crews that their little prank backfired.

I like how Big E & Apollo Crews tried to mock me last night and instead it resulted in me getting the greatest merch shirt in @WWE history.

We’ll have to see if that new Zayn t-shirt becomes a best seller. It is a must-have if you collect strange WWE t-shirts.

Interestingly enough, WWE released a couple odd t-shirts for Sami Zayn recently. It seems that he’s getting some merchandise, but not the kind he might really prefer.