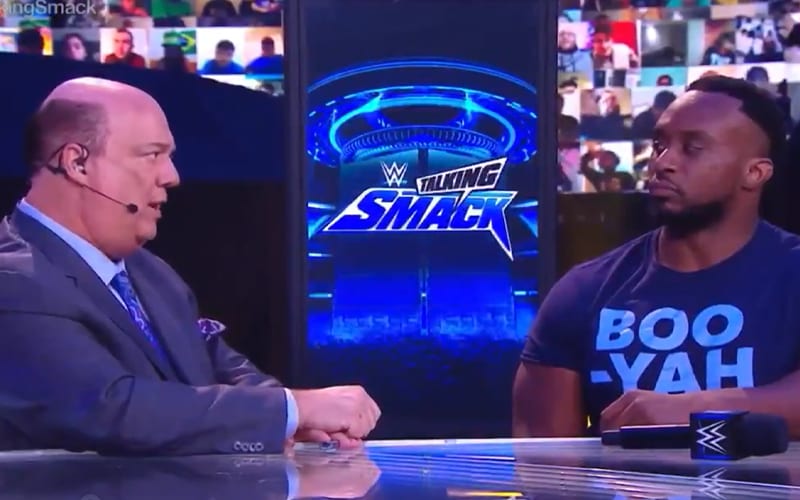 Big E is just getting started on his own once again after the New Day split. Some fans act like he has never held singles gold, but his former IC and NXT Title reigns disagree. Paul Heyman also sees great things in Big E’s future.

During Talking Smack, Paul Heyman got very real with Big E. He said that in ten years people will say that Big E’s accomplishments that he experienced with the New Day will “pale in comparison” to the ones he makes on his own.

The Tribal Chief’s Special Counsel went on to put Big E over in a huge way as if the cameras weren’t even rolling.

Paul Heyman said that Big E must first accept that The New Day is only “a footnote in the story of the greatness of Big E.” He then asked Big E a rhetorical question: “When is the last time Roman Reigns was in the ring and somebody mentioned The Shied?”

This left Big E a bit speechless, and then Kayla Braxton had to wrap up the show in a very awkward environment. You can check out the clip below. Paul Heyman really spoke his mind about this one.