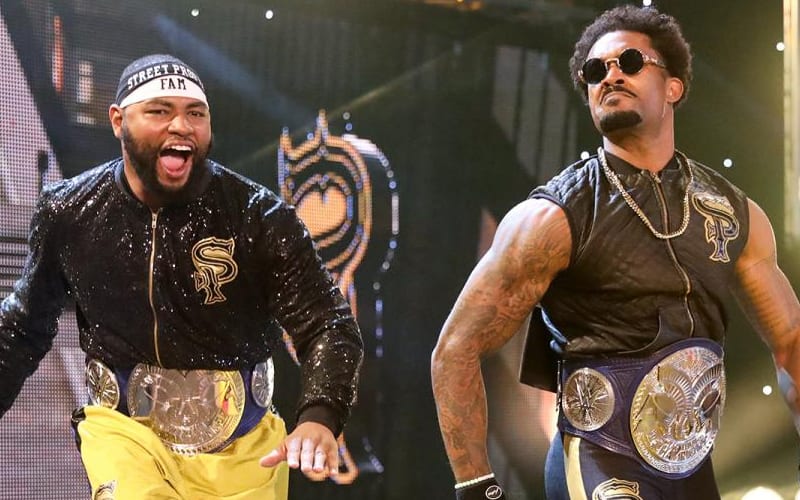 The Street Profits are SmackDown Tag Team Champions, and it appears that they are having their title match before TLC instead of at the event. Montez Ford and Angelo Dawkins will face Dolph Ziggler and Robert Roode next week on SmackDown, and the Profits are finished playing fun and games.

During Talking Smack, the Street Profits hyped their match for next week. Montez Ford made a point to say that they don’t like losing, and next week they are bringing the seriousness with them to the Thunder Dome.

“My tag team partner does not like losing. I don’t like losing. Losses are definitely going to happen, but I think we’re all defined about what we do after you lose. Next week, it’s a different game. Okay. In tonight’s match, Dolph Ziggler was the better man. Next week, The Street Profits will be the better men. Let me repeat that: On SmackDown, Dolph Ziggler was the better man. But next week, on the blue brand, the brand that The Street Profits are the Tag Team Champions, we’ll be the better men. Period.

December 18th’s episode of WWE Friday Night SmackDown will be on FS1 next week. WWE really wants to get viewers for next week’s show because their last outing on FS1 drew 881,000 viewers.

Bianca Belair vs Bayley is also booked for next week. We’ll have to see if both Belair and her husband Montez Ford will be celebrating when the night is over.