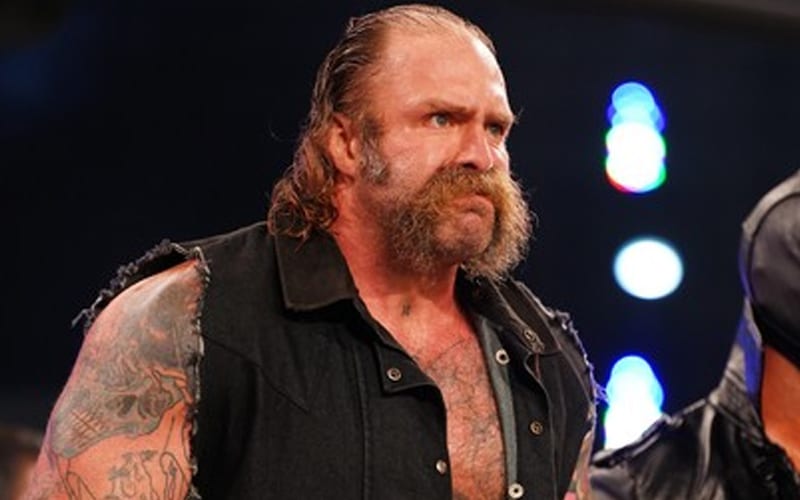 AEW has many multi-talented members of their roster. Andy Williams’ other gig might take him away for a while.

Williams is better known to AEW fans as The Butcher. Fans of alternative music have known Andy Williams for years as the muscled rhythm guitarist of Every Time I Die. The band announced a big Summer tour this week, and it’s unknown what they will do about The Butcher’s AEW schedule.

The Wrestling Observer Newsletter noted that Butcher might be leaving AEW for a bit so he can do the tour. He’s been with Every Time I Die since 1998, years before he stepped foot in a pro wrestling ring.

The 43-year-old has only been wrestling for around four years, but ETID has released eight studio albums and toured the globe. They are also known for their insane live shows. The band finished their ninth studio album, but the release was held off until they could promote it with a tour.

Fans thought that this situation might come up eventually. Now The Butcher might have to take a little hiatus from the ring so he can rock out on tour.